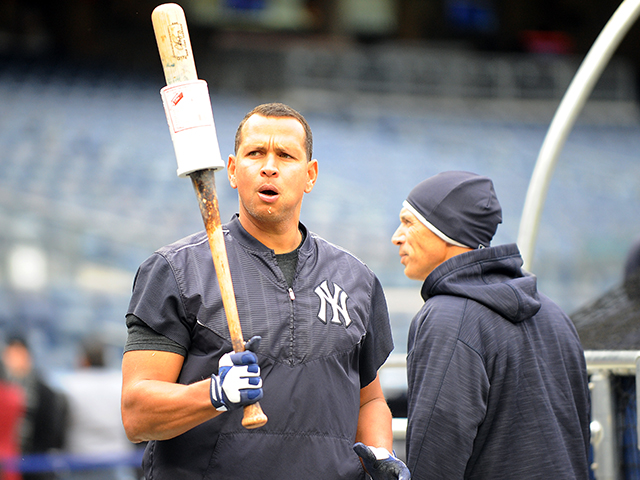 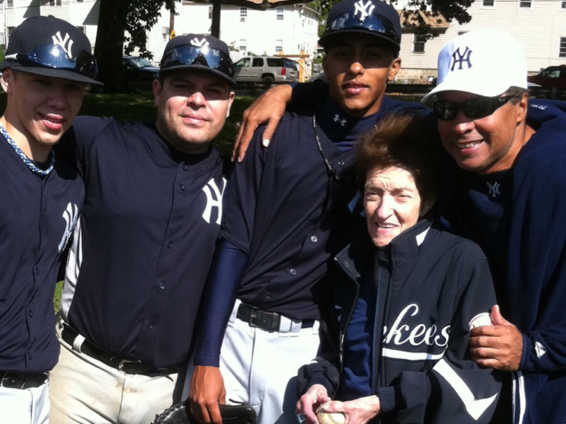 The winter of 1995 George Steinbrenner asked me, “How can we keep Doc Gooden and Darryl Strawberry clean for a whole season?” I told him that I couldn’t give him that kind of guarantee. He asked me why not? I said, “Because I need my job in order to feed my kids.” He laughed out loud as only the Boss could. Then he got very serious again and asked, or should I say, demanded some type of guarantee.

He wanted Doc and Darryl real badly, he just didn’t want the embarrassment that sometimes comes with this type of heartache or should I say headache. With George Steinbrenner, I was never afraid of losing my job because of the great respect we had for each other, I just didn’t want to ever disappoint him. He had always been so great to me and my family and there is nothing that I wouldn’t have done for him.

Sometime that week I ran into an old friend of mine from high school who I knew used to do a lot of drugs. He had become a very successful Wall Street stock broker at Bear Sterns. I asked him how he had beat his daemons. He told me that he was getting help form one of his clients, who happened to head a drug rehab facility called the Long Island Council on Drug and Alcohol Dependence. He told me about an incredible lady named Adele Smithers and all of the work she was doing with people battling the disease of addiction. I asked him to introduce me to Adele.

Two days later I was at the home of Adele Smithers literally begging her to help me with Doc and Darryl. I had done my research of the incredible Mrs. Smithers and found out that Adele and her late husband Brinkley were truly the pioneers of drug and alcohol recovery. They literally spent millions on research and were the first to announce that as part of the scientist’s research, there was a gene that could tell us if we could become addicted to alcohol. Adele, I found to be a very interesting individual. I explained to her about my dilemma with the Boss, Doc and Darryl. She listened very intently and after some tea and cake sent me home and said that she would call me in a couple of days.

The very next day Adele asked me if I wanted to go to Florida with her to meet with Mr. Steinbrenner. I called the Boss and told him of my meeting with Mrs. Smithers and he agreed to the meeting with her in Tampa. It did help that Adele was a big Yankee fan and seven years before the Smithers Foundation had helped Doc and Darryl in their recovery efforts. The Boss had done his own homework on Adele Smithers and was impressed that I had brought in such a giant in the field. The two got along great. She explained so much about recovery that for the first time Mr. Steinbrenner really understood that addiction was a disease. From the business side,

Adele understood that the Boss could be a bully. However, from the human side she saw that the Boss really cared about Doc and Darryl and really wanted the best for them. Between the three of us we set up a game plan on how we would care for these two guys. Adele was doing this out of the goodness of her heart and the Boss asked me to check in with Adele. Doc and Darryl spent a lot of time with Adele and grew to love her like a mother. The Boss had a wonderful relationship with Adele and her money was no good at Yankee Stadium. Adele loved how philanthropic Mr. Steinbrenner was and if you knew Adele, than you knew she was the same way.

Adele once asked me how she could help with the charities that the Yankees were involved with, possibly the Boys and Girls Club. I went to our community relations director John Szponar and it was worked out so that the Smithers Foundation would sponsor a Spring Training Boys and Girls Club luncheon with all of the Yankee players. In her own quiet, dignified way, Adele was always there for the Yankees and for non-Yankees alike. For the rich and for the poor. For the black and for the white. When Hank Steinbrenner started Hank’s Yanks, a youth baseball program for underprivileged kids, Adele was one of our sponsors. She was there to help whatever kids may have had possible drug or alcohol issues or questions. When Adele contracted Parkinson’s disease, she still maintained her crazy work schedule. Nothing would stop this woman from doing what she felt she was here for. Nothing except God asking her to join him.

Today, I was on the phone with Steve Chassman, the head of the Long Island Council, about a boy with a problem. After we setup the boy’s appointment, I hung up the phone and it rang. The call was from Christopher Smithers, the son of Adele. He had been caring for her in California. Chris told me what I did not want to hear. Adele Smithers died this morning. Next to my Mom, the greatest woman I had ever known. She was a female George Steinbrenner. Very very tough and didn’t take any crap from anyone. With Adele, you knew who the Boss was. At the same time, she had the biggest heart in the world. God, she sounds just like Mr. Steinbrenner, I guess that’s why they got along so well. Only the people who had intimately worked closely to the Boss would know how important Adele Smithers was to George Steinbrenner.

Adele Smithers was here to help mankind and looked for nothing in return. Timing is everything in life and I can only say that Adele’s timing is just not good because we need her now more than ever. Adele Smithers was a second mother to me, Aris Sakellaridis, Doc Gooden, Darryl Strawberry and so many others. We will never ever stop missing you Adele. We will never stop loving you. We will never forget that you were the Mother of Recovery!