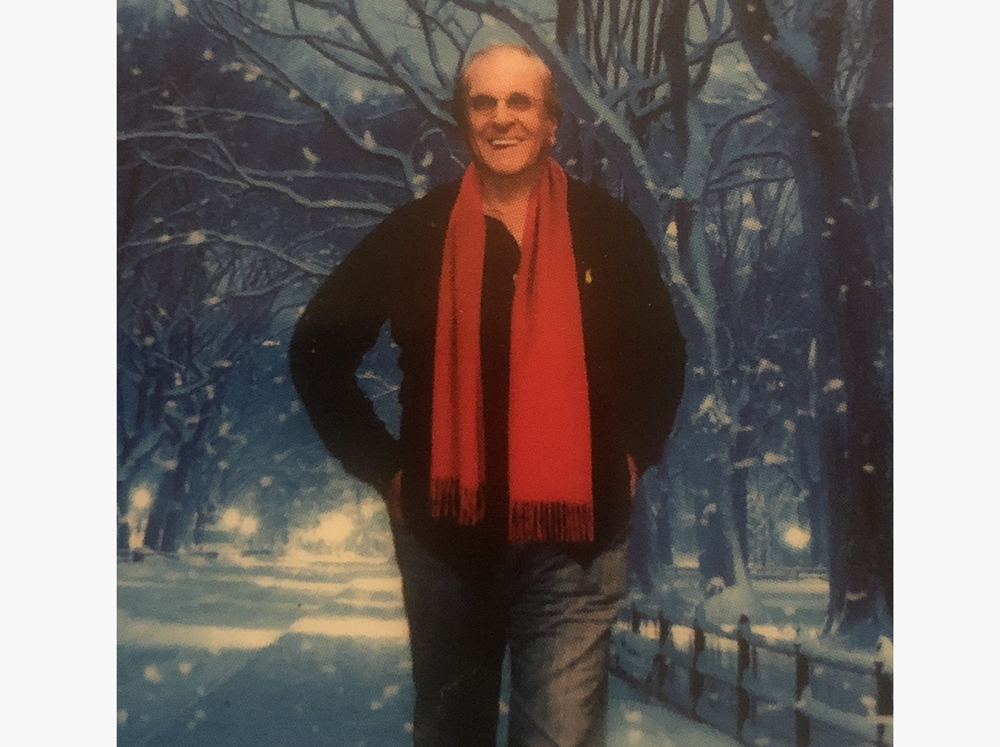 Oh Danny Boy, the pipes, the pipes are calling. That’s the opening sentence to the great song, “Oh Danny Boy.” Through the years different celebrities named Danny have inherited that song including the great comedian, actor Danny Kay and of course Danny Thomas who used the song as the theme to the great television show “Make Room for Danny.”

However, yesterday I sat at Riverside Memorial Chapel and celebrated the life of Danny Aiello. I couldn’t get the song out of my head. I had always loved the song and if you knew Danny, then you would understand why the song would fit Danny like a glove.

I had known Danny for probably 25 years. He was truly bigger than life. He was a true movie star. He was very proud of his accomplishments in the industry. He was truly a rags to riches story. I looked up to him because when I saw Danny Aiello, I saw a man that represents the fact that anything was possible in life. Your talking about a man who at the age of 40, would become a very respected actor.

By 50, he would become an actor that was truly in demand. Oh and by the way he would be nominated for an academy award for the Spike Lee classic film Do The Right Thing.

Danny would win many acting awards for his film and stage work. This from a man that didn’t take an acting lesson. He was one of the sweetest people that you would ever meet. When he was doing good, you were doing good because he would share his success and happiness with his family, friends and sometimes even complete strangers.

All people loved this man because Danny wasn’t afraid to give of himself when needed. He wasn’t afraid to visit Black or Latin neighborhoods and tell these kids to dream big and he would let them know that they mattered just as much as anybody. He also would tell them that it was better to live life as a good and respected person. The one thing that he told a very troubled kid that was feeling sorry for himself and acted like a wise guy was, ‘Son, you must earn respect. I’m so happy that I have film footage of Danny talking to these kids and I love sharing them on my Instagram.

Danny was also a very proud man. I loved that about him. He wasn’t afraid to tell you that he felt that he was a very solid and accomplished actor, and he was. What he did in “Moonstruck,” “Do the right Thing,” etc, will live forever, however the film that represents Danny’s most sensitive and passionate work is an animated film that I am the executive producer of called Henry & Me based on my first children’s book called The Boy of Steel. It’s the story of a little boy with cancer. Danny played the Doctor. Danny is so good in it that the great actor Richard Gere refused to take top billing. Richard, Chazz Palminteri and Danny shared equal billing. Danny’s nephew, the great Yankee announcer Michael Kay plays himself in the film. This was important to me because it would be the first time that they would work together. Danny was very proud of his work in Henry & Me because of what it represented to the kids of the world. I was and will always be so proud that he did this for me. Now more than ever I will start showing this film throughout as many schools as possible. If for no other reason than just so we can enjoy Danny’s performance in one of his last films.

The Chapel was full to the raptors with hundreds of people that felt like Danny was their best friend. That’s the effect that Danny had on you. You could never get enough of this true New York legend.

When we were doing the voice overs for Henry & Me, my friend Aris was taking pictures of the event. One of the other producers was telling Aris to put away the camera, however if you know Aris then you know that the former corrections officer doesn’t give a damn what anyone has to say if he thinks they are wrong so he took the pictures anyway. Danny always loved that Aris could be defiant. Afterwards Danny was so happy that Aris held his ground and had the pictures. I think the other producer is now happy that that memory was recorded by Aris.

If you knew Danny Aiello then you have your own memories and personal moments with him because he was so giving of himself. If you didn’t know him, then I feel very bad for you because you missed out on a true New York treasure. I know that Danny and his assistant, Luis Baldonieri, would want to thank Charlie Santoro of the Yes Network for always helping Danny when needed.

I want to thank the New York Yankees because in his first film, Bang the Drum Slowly, he got to play the part of a Yankee. He would root and love the Yankees forever. He loved the fact that the Yanks always welcomed him at Yankee Stadium and treated him like the star that he was.