“Batboy” Is An Enjoyable Take On The 1970s Yankees 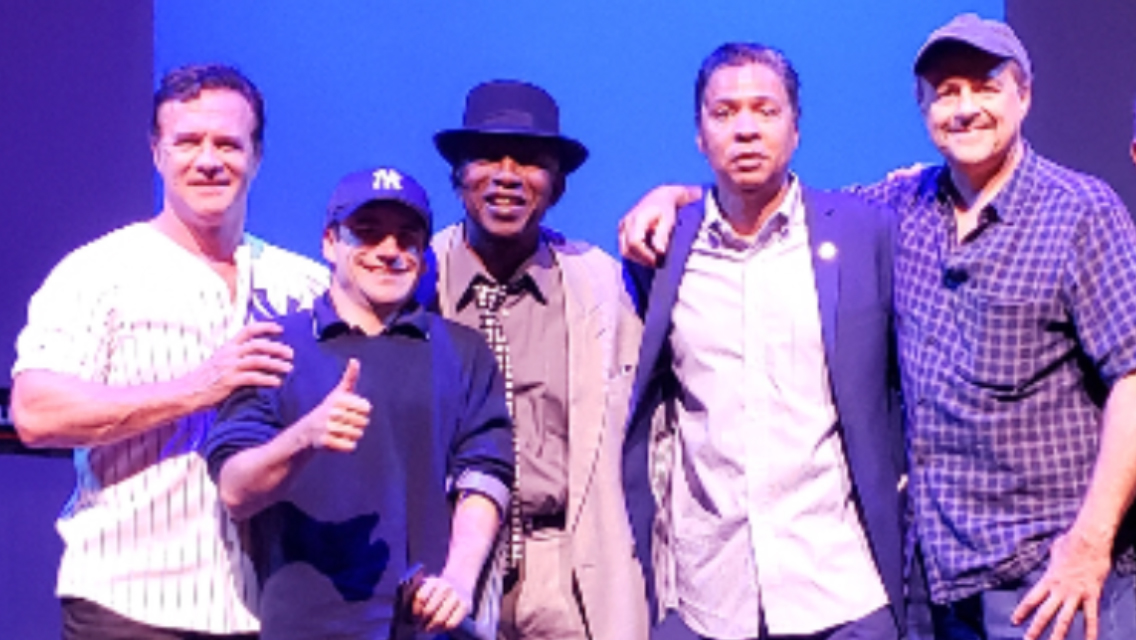 Ray Negron’s “Bayboy: A Yankee Miracle” debuted yesterday at the Argyle Theater in Babylon. The one-show, sold-out, engagement could have been called a test for a larger run later on.

Sure, there were some mistakes and some tightening up needs to be done. That was to be expected, but it’s safe to say, Negron has something here. “Batboy” is a very interesting lookback to the Yankees of the 1970s, when he served as batboy for George Steinbrenner.

The play is broken into a number vignettes about the top stories of the 1970s Yankees with Reggie, Billy, George and Thurman Munson taking center stage. Joseph Gian was exceptionally good as Munson along with Denise Cormio, who played his wife Diana.

Negron was narrator of the event, opening and closing it as a town hall event and then introducing each segment.  The Yankees are seen though his eyes, how they unfolded for a youngster in his 20s, who was thrusted into stardom with the rest of the team.

Because of Negron’s stature, there were a few notable cameos. Ciaran Sheehan, from “Phantom of the Opera,” played Bobby Murcer and former Yankee centerfielder Mickey Rivers, played the younger version of himself.

It was an enjoyable few hours on a Sunday afternoon, but again it was a work in progress and ultimately further showings in other venues will tighten up the hiccups in this first version.

The play is a must for all Yankee fans, baseball fans or those who want to be entertained. Hopefully there will be a longer engagement in the near future. 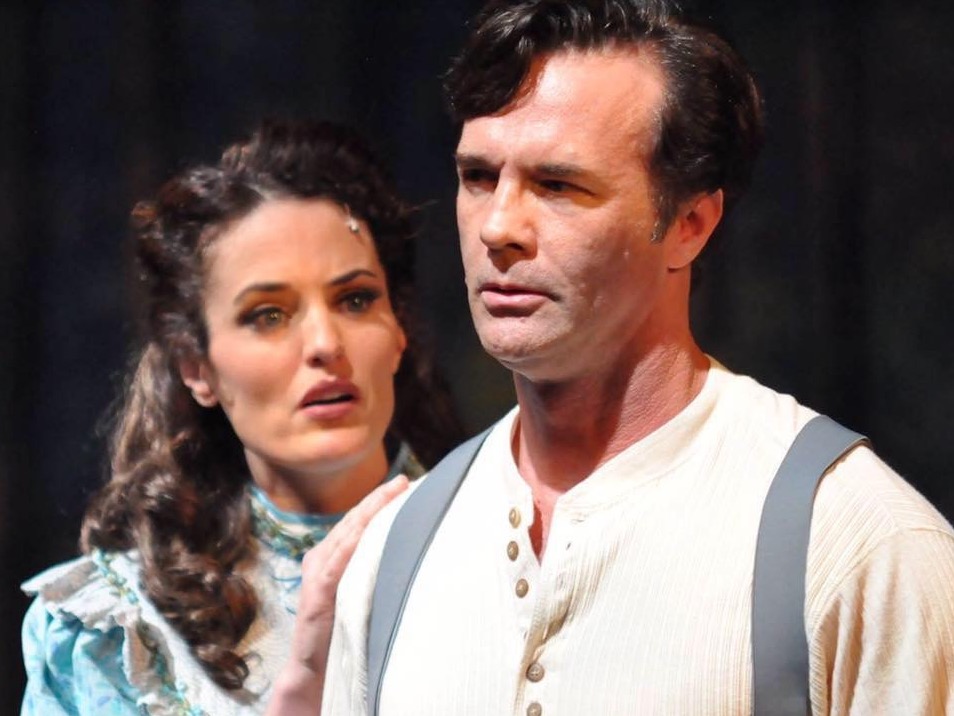 Ray Negron’s “Batboy: A Yankee Miracle” premieres Sunday at the Argyle Theater in Babylon and he is going to have some star power behind it.

Ciaran Sheehan, famous for Phantom of the Opera, will be playing Bobby Murcer in the play.

“As a Yankee fan, it’s an honor to play Bobby Murcer, who was one of my idols,” Sheehan said.

Dublin born Sheehan is an acclaimed actor, singer, voice healer whose performances have been said to warm the heart and touch the soul. There is an amazing quality to his voice and his ability to capture an audience is nothing short of remarkable. Sheehan has many professional accomplishments to his credit, most notably playing the role of The Phantom in “The Phantom of The Opera” for over 1,000 performances on Broadway and in Toronto. But perhaps of more importance than his accomplishments is his sincere desire to use his incredible talents to inspire others to look within themselves to discover their own inner beauty. 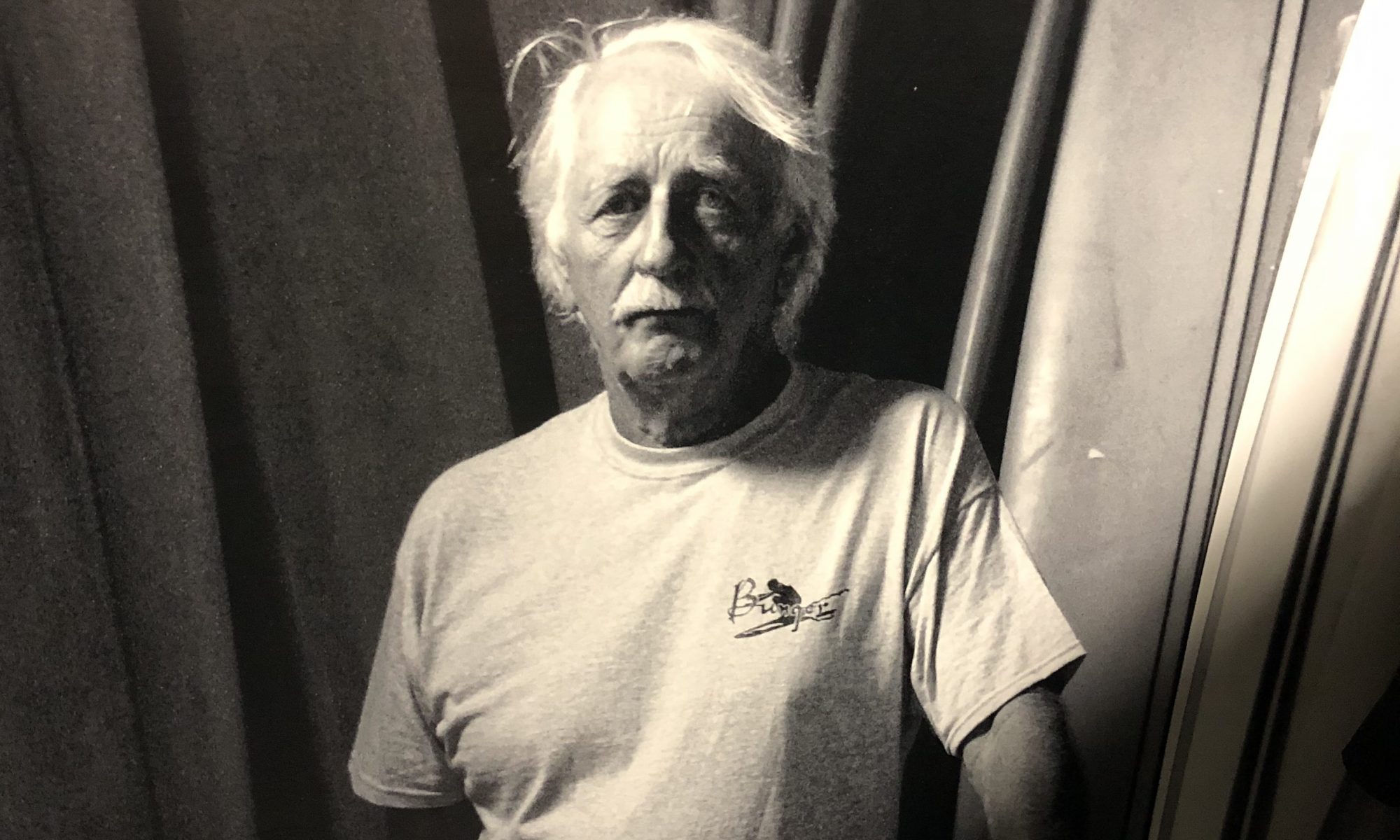 Charllie Bunger, the world renown King of surfing, is in critical condition at the Good Samaritan Hospital in Long Island. Charlie has been in remission from lymphoma, a cancer of the blood for the past three years. Sunday he somehow ruptured his spleen and had to go in for emergency surgery. He lost almost five liters of blood, which is almost unheard of. If you know Charlie Bunger at all then you know why he is still alive. Charlie is a lion on a surf board and the true heart and soul of the Bunger Surf and Sports shop in Babylon Village. Next to Plessers Electronics, the oldest business in Babylon Village.

The Surfing community worldwide has been calling texting and more importantly praying for Charlie Bunger.

Some people think that I have a special contact in my prayers to God, well I don’t. However if I did in some way then I’m gonna use up a few prayers to ask God to let us keep Charllie around for a little while longer. This world is definitely not ready to be without him.

Charlie is a member of the International Surfing Hall of Fame and has proudly represented all fans of surfing in a wonderful and dignified way for over fifty years.

A long time Yankee fan, my father in law actually caught national attention when he dove onto the sacred old Yankee Stadium field chasing a foul ball during the playoffs in 2002.