Rooting For The Boss 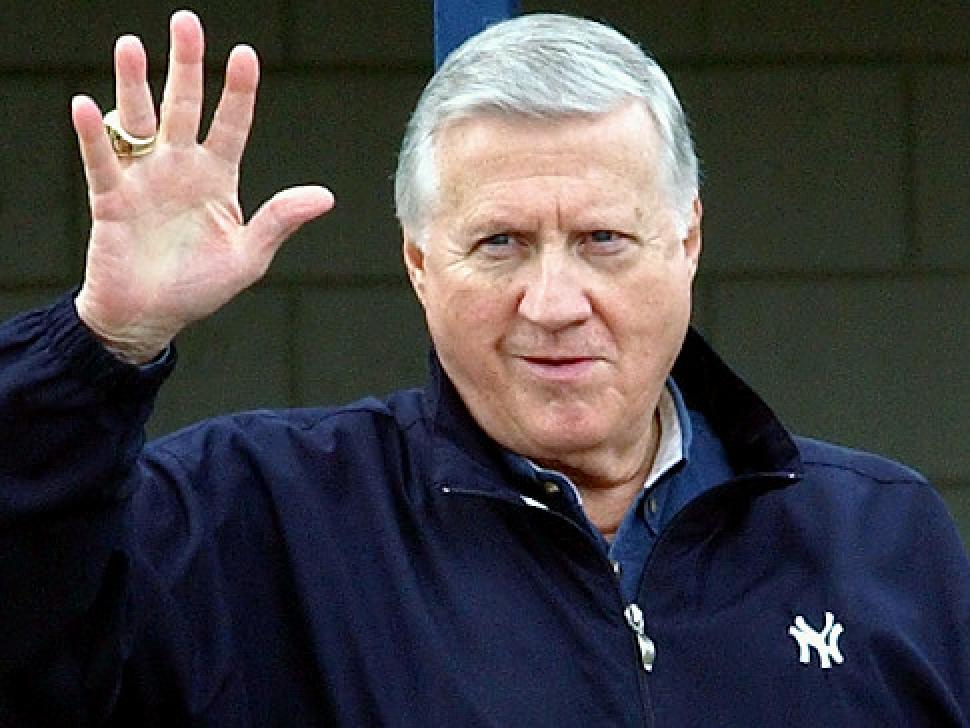 Tell me that you want to meet a perfect man and I will show you God. With that being said, no matter how nice an individual is, how many people someone has saved, how many turkeys one has bought for the poor, you will always find some form of imperfection.

In life, no one is perfect. Some just know how to hide it better. Someone once told me that you never want to meet your heroes because you may not like what you find out about them.

If you ever read my book (Yankee Miracles) you find out that my initial experience in meeting Mickey Mantle was not a pleasant one. To me, Mantle was a “God”, yet he broke my heart on that day. I never looked at him in the same way for a very long time, however as time went on I saw the heart of who this man was. One day, Mickey said, “I’m your role model, don’t be like me.” Before he died, he tried so hard to make young people understand the dangers of alcohol abuse, what it did to him and the people that he cared about. His efforts that last year of his life truly made the Mick a hall of famer in my eyes.

If you have seem my play BATBOY, there is a scene where George Steinbrenner finds out that my cousin had been killed in a Bronx Street. He actually went to pick me up. I was there with a friend. As we were walking away he turned to my friend and asked him if he wanted a job also. Naturally my friend said yes and he ended up being a batboy in the visitors’ clubhouse at Yankee Stadium. To this day, my friend Hector Pagan says that being a batboy was one of the proudest moments of his life. Hector went on to become a state trooper and would be elevated to senior investigator for the New York Drug Enforcement Task Force. The support that George Steinbrenner had for law enforcement was a big influence in Hector choosing this career path. After thirty three years Hector will be retiring yet still says that next to the birth of his kids, his biggest thrill was being a Yankee Batboy.

When asked if George Steinbrenner belonged in the Hall of Fame, Hector responded by saying, “The world knew that he took the Yankees to another level in winning. That he made baseball fun again not just in New York, but everywhere. What the world didn’t know was how he could make someone like me who essentially came from nothing feel like I was really someone special. For that I will always be grateful. It helped me to learn how to be able to do my job efficiently yet always have a heart at the same time.”

Hector was one of many kids all around the country that got to know the Boss in a very different way. If you had to put a number on it would be impossible. He just did it to do it.

One of the classic lines that the Boss would throw at me was one time I had a group of kids in the park and I asked him if he would come over to say hi to them and his security told the Boss that the kids weren’t affiliated with any organization. The Boss immediately screamed out, “The Hell with Labels. Where are the kids?”

Michael B Jordan, the star of Black Panther and Creed, told me that he has known of the man known as the Boss since he was a kid and can’t believe that he is not in the Hall.

Chazz Palminteri, the star of a Bronx Tale and Oscar nominated actor, feels that the Boss almost reinvented the sport when he bought the Yankees from CBS.

Harold Reynolds, former all-star second baseman and sports anchor for MLB network, said,”The first time the Boss put his arm around me I knew he loved me. I loved his philanthropic ways to no end. I loved the way he treated you. This man is a Hall of Famer.”

Dave Valle, former catcher and broadcaster for the MLB network, said, “The first time I met Mr. Steinbrenner he took an interest in me as a person just because I was one of those New York City kids growing up. We had a nice conversation, and when the game that I was broadcasting went extra innings he knew of my famous appetite so he sent a bunch of hotdogs for me and my broadcast partner. That’s the man I knew. Yes he is a hall of Famer for so many reasons.”

Dick Vitale, famous basketball announcer and giant baseball fan. This is what he had to say–

“Come on Baby you know George Steinbrenner was and is a hall of Famer in more ways than one. He took Baseball and put it on the front pages. The good that he did for the sport and sports in general can’t ever be repaid .What he did for the good of man can’t definitely not be repaid Baby.”

In this life no one but no one is perfect.  The biggest lesson that I learned from this great man is that everyone deserves a second chance, sometimes a third, fourth and fifth,  as was the case with Billy Martin.  The Boss  always tried to find the good in everyone.  This time, why can’t we find the good in him? It would truly be a great “Bronx Tale.”