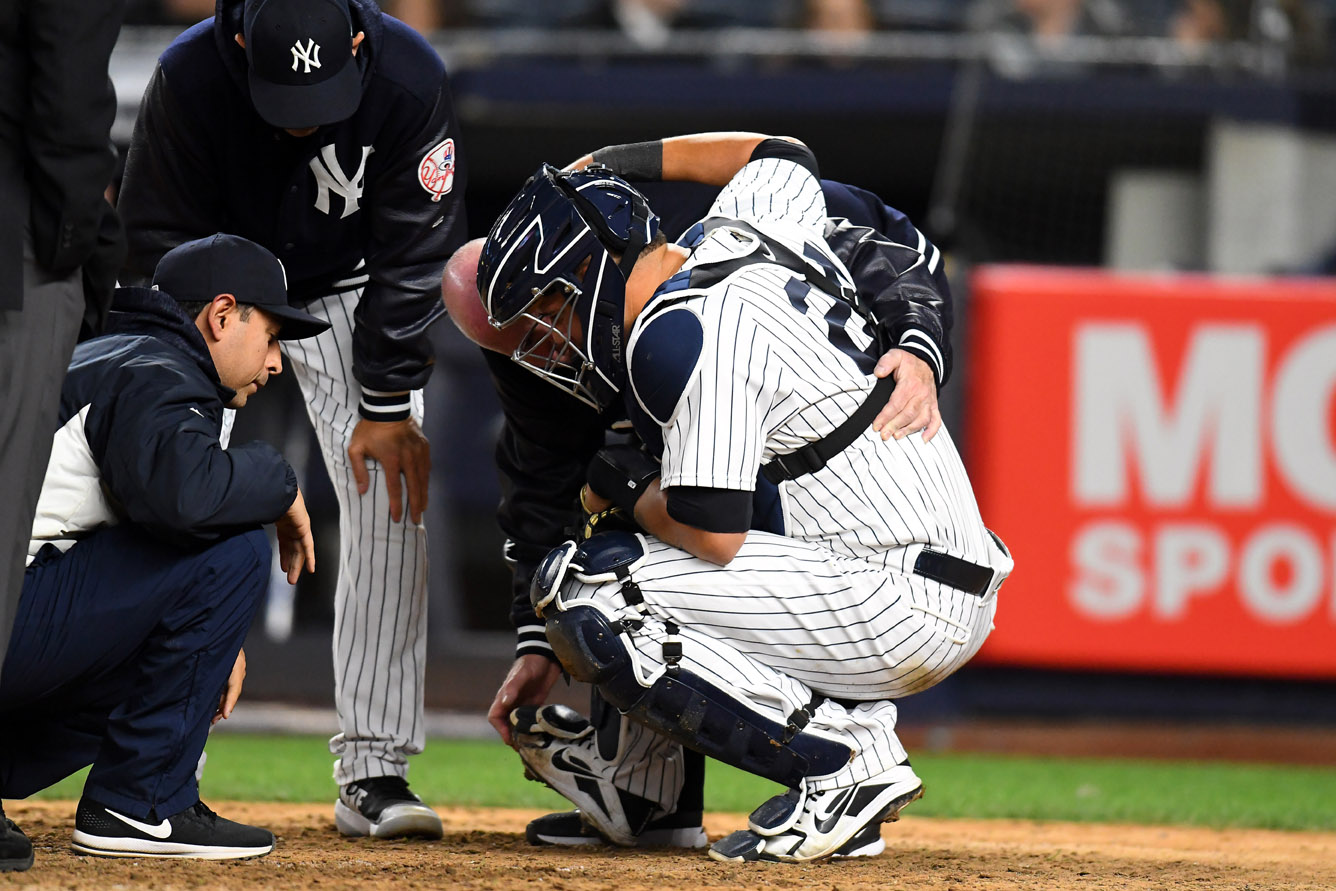 Hank Steinbrenner received an award from Bronx and Brooklyn youth organizations including Hanks Yanks in the Bronx and Quebradilla little league in Brooklyn. Ray Aguila, President of Puerto Rico USA Imports says that when you have someone the magnitude of Mr Steinbrenner behind you it gives our children incredible hope for a bright future and our parents can’t thank him enough for being behind our children.

Ray Aguila who was one of the first responders in Puerto Rico during the hurricane and feed thousands thru his company (Puerto Rico USA Imports) has been supporting many City little leagues for the last 25 years. This coming Saturday will mark the opening of the Littleleague season in New York. If you don’t have tickets to the Yankee game then go to your local Little league
program and root the future on.

My MVP award is based on the week starting Monday and ending Sunday.

That being the case I have to give this weeks MVP to Gary Sanchez. I’m not a giant analytics guy at all. I’m as old school as you can get. It’s about winning and losing. No in betweens. This is something that

Thurman Munson use to preach in the clubhouse all the time. This past week Mr Sanchez hit two giant home runs to win big games for our Bronx Bombers. Not to mention the numerous runs batted in. The thing I love about Gary is that with all his success he still makes all his friends that have been there since the Dominican Republic,feel like they are a big part of it.

Nine wins in a row.

The Yankees won nine games in a row in a total team effort. Someone once said that hitting is contagious. Well another wise prophet once said that winning is contagious. Dellin Betances who has had early season problems on the mound has had a couple of very good outings during the winning streak. When asked by a friend what’s the difference between now and then he said that baseball is a mind game and confidence is the key to anything in life. That being said ,I agree with Dellin wholeheartedly and must add that with his ability if Dellin is right there is no telling how far this team can go.

Mariano Rivera Gets Another Save

Mariano Rivera was credited with another save when he appeared at the Smithtown  Gospel Tabernacle church in Smithtown Long Island. He spoke the word of the lord in such a profound way that many people suffering from their own issues really found comfort in the delivery of his words. There were people of all walks of life there. One person in particular was a young man by the name of Nick Singh from Suffolk Community College. Nick has had many personal issues and has had moments where he just wasn’t happy. I’m not going to get into any of the problems that Nick shared with me. I will only say that even though there were hundreds of people there Mariano made Nick feel like he was the only person in the room. I asked Nick what was the most important message that he got from Mariano and Nick said that he must trust the word of the lord. Nick said it wasn’t the words ,it was how he held my hand and looked into my eyes. At that point I really trusted the word of the lord. Now more than ever I want to be able to help thy fellow man.

Former major league player, coach, broadcaster  David Nelson passed away last week. David was a young 73. I first made contact with David and when he was the second baseman for the Billy Martin managed Texas Rangers and I was the Yankee batboy. Billy always said that David was always one of the true gentleman of baseball. Billy considered him a true people’s guy. Billy also said that David was considered one of his team leaders. When the Rangers came into New York I would always take ground balls during batting practice with Lenny Randle and Dave Nelson. On several occasions Billy Martin would actually hit us the ground balls and you can’t imagine how great that felt. I will never forget that before one game David asked me if I was the bat boy that day or the ballboy down the foul line (the bat boys took turns ). I told him I was ball boy that game. He told me that if I wanted to impress the scouts that would be there that day to position myself in the front part of the tarpaulin not the back. This way the foul balls hit in my direction would come at me quicker and scouts would see some form of my ability.

Well during that game in the second inning Chris Chambliss hit a foul ball down the right field line that I made a terrific back hand play. I actually got a nice ovation from the crowd and when I looked over to David Nelson at second base he gave me a nice smile and a tip of the cap. The following year I was drafted in the second round by the Pittsburgh Pirates and Mr Nelson was one of the first to call me and congratulate me. If you didn’t know David Nelson than you missed out on one of the best people that Major League Baseball ever produced.