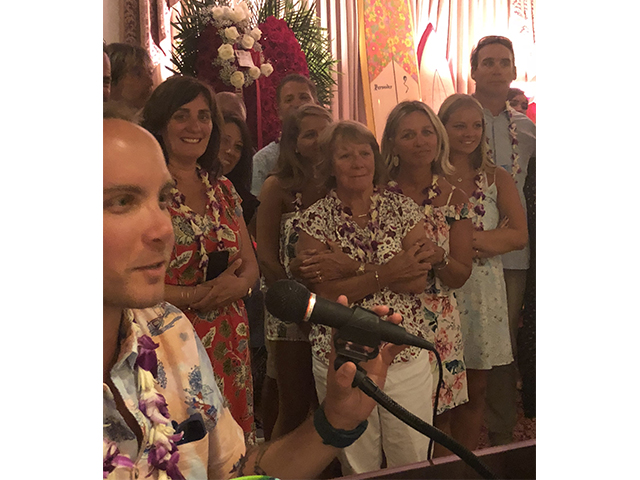 It wasn’t a funeral , it was a party and a celebration of life. There wasn’t enough time in the day because there were just so many people that wanted to show thier love and respect to thier surf king Charlie Bunger. People came from as far as Hawaii to honor this terrific individual who exemplified to me how to properly live life.

There were politicians, film actors , stage and film producers , people just from all walks of life who had one thing in mind , to honor a really nice  man.

The party started at Boyd Spencer Funeral Home where the line to get in at 2 pm was almost immediate. I couldn’t give you an exact number of people there. I can only say that it was truly wall to wall.

There was music and cookies and drinks. That’s how Charlie wanted it. For me the funniest quote of the day was when an attorney friend of ours walked in and he said that he didn’t know he was attending a Beach Boys concert. Most people were dressed in flowered shirts and shorts. Most people had flowered lays around thier necks and most of the conversation centered around the fun and escapades of this life loving person.

After the afternoon session ended they took Mr Bunger to his home in West Gilgo Beach for a little party at the beach. Every one followed the hurst to the West Gilgo Inn for a few beers and more celebration of life. There were even more people there and we all started chanting Charlie Bunger, Charlie Bunger. Tons of pictures were taken and when we drove by his home there were surfers there holding their surf boards in the air as the long black hurst drove through them.

When we got back to the funeral home, the lines were already forming.

The evening session was even more crazier. You could of used double the space. I failed to mention that surf boards were lined against the walls and instead of signing the book as you walk in people got to sign the surf boards. One of the surf boards was even signed by President Trump.

I unfortunately have attended many funerals in my life. I must say that l have never attended a funeral like this and this was the opinion of most there.  I don’t know how many people say that this is how I want to go out. Well this is how Charlie wanted it and I have to give his wife Janet and his family credit for allowing Charlie to have one final dream come true.

This was who Charlie was. Even in death he wanted everyone else to have a great time.

I didn’t know it was possible for people to have a great time at a funeral, but leave it to good old Charlie to make that happen. Charlie even picked one final song that his wife and daughters  and family danced to, Some where over the Rainbow.

Charlie Bunger financially was not a wealthy man but at one point during her speech his daughter Theresa asked by a show of hands how many people at one point or another had worked for Charlie and the number was staggering. Some of these people are very wealthy and credit Charlie for giving them a foundation in life. Charlie was very proud of being a mentor to so many of these kids. I guess that made him a very rich man. 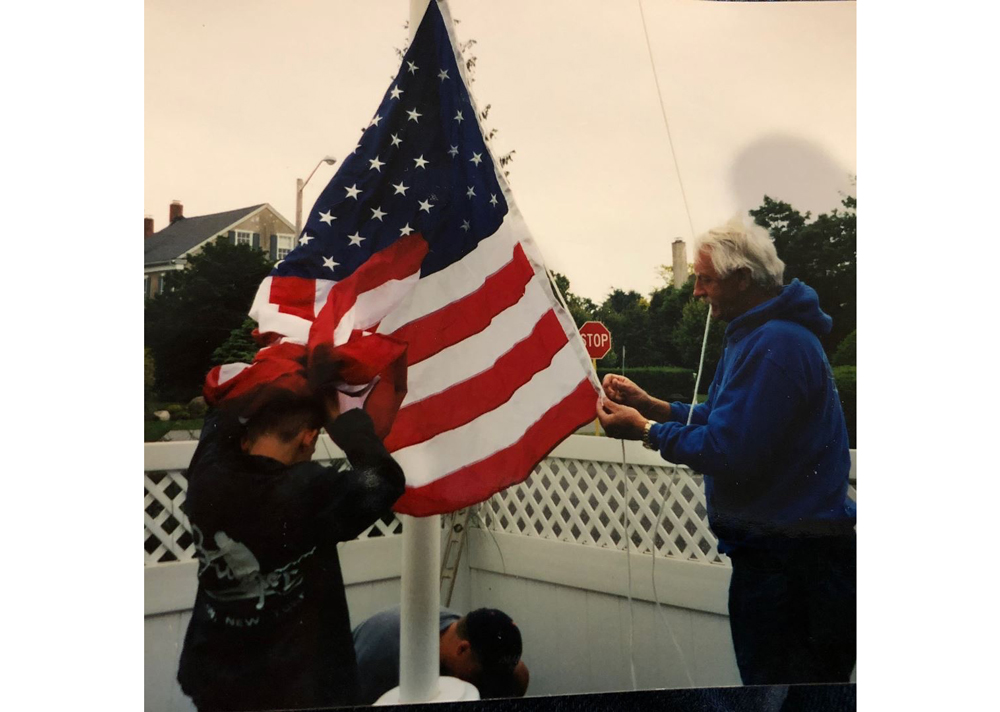 Today I wake up on the 4th of July and the first thing in my mind is naturally being a Yankee, that it’s George Steinbrenner’s birthday.

He would of been 88 years old. He is missed by so many. I can only imagine what his family feels. People that he didn’t even know in the Bronx were always touched by his surprise kind gestures. (That’s a story for another day).
I think of my father in law Charlie Bunger, the king of surfing. We lost Charlie on Monday because of Cancer. He died a multi millionaire not in money but in heart and soul.

I think of Billy Martin who to me was the best manager ever. This was without all the mathematical techniques that are used today. For me personally Billy thought me that it was ok to fight back. He was the first Yankee to tell me that he loved me.

I think of Thurman Munson and Bobby Murcer. They were like brothers and they made this Puerto Rican boy always feel like a part of their family.

I think of my dear pal John Szponar who we lost last week. John was our Community director in Tampa. John had to deal with the most powerful owner in the history of sports (Mr. Steinbrenner). The Boss always had his hands in the community and when he had to sound off because he never felt like he did enough, John had to take the brunt of it. Like I said in the past he took it with dignity and always loved the Boss. I think of my mom and step dad. They were born with two strikes against them but as long as they had a bat in their hands they always had a chance to get a hit, in more ways than one.
They are all gone now and I miss them so very much. It took everyone of these people and more to mold me into the person I am today.

The one thing that they all truly had in common was that they were so damn proud to be an American!

I am eternally grateful to them for imbedding that into my brain.

No matter how bad you may think these streets are(and they are) This is still the greatest country in the world.

Happy Birthday America, and the home of the brave!