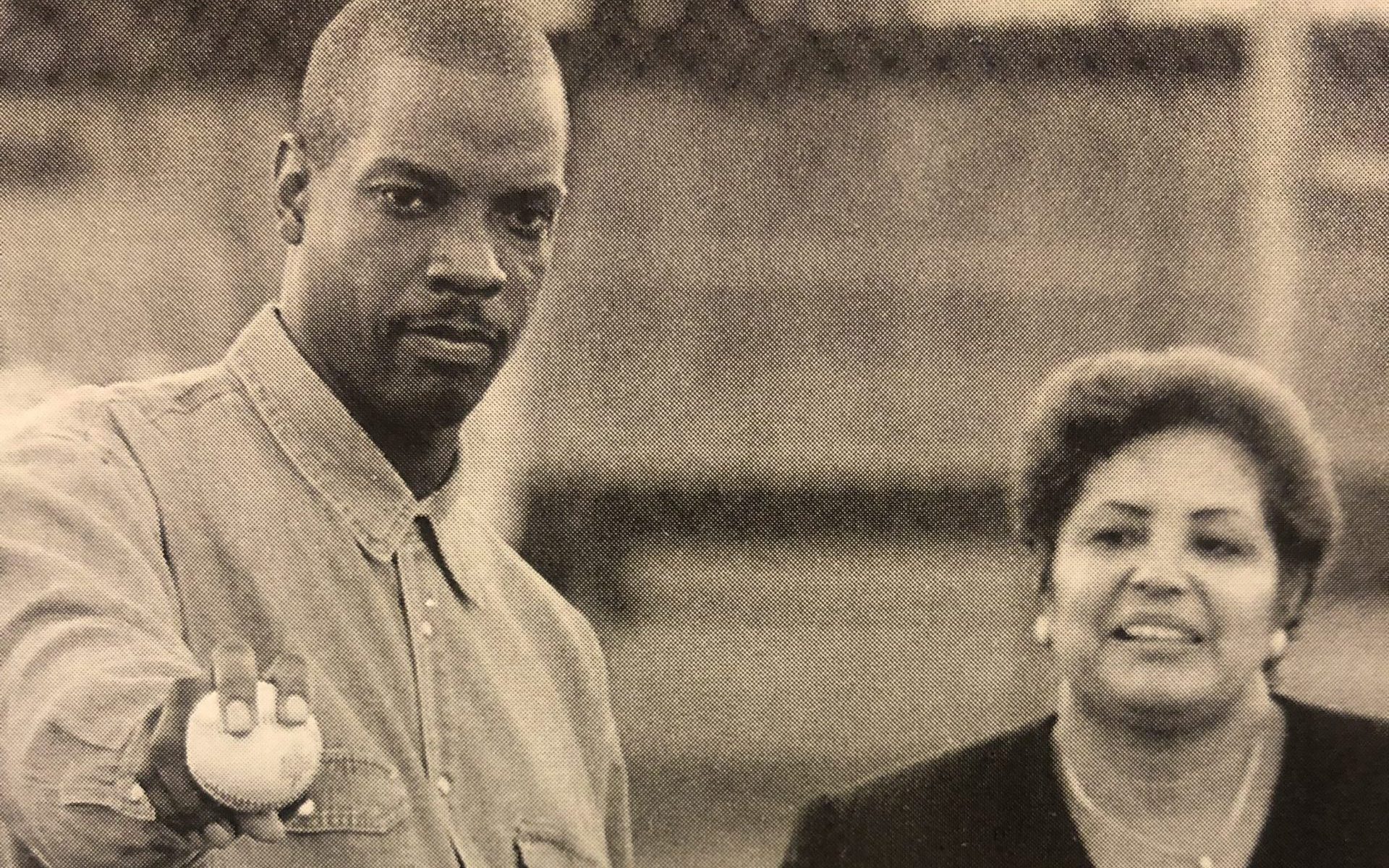 One of my big thrills will always be when I had Doc Gooden visit Mrs. Roberto Clemente ( Vera ) at the Clemente Sports City in Puerto Rico.

We had kids come from all around the island to visit with Gooden. Doc would talk to the kids about the beauty of baseball then he would teach the kids different grips on the baseball and talk to them about the mistakes that he had made in life. Mrs. Clemente was an incredible host who told us some wonderful stories about her courageous and wonderful husband, Roberto. This trip occurred right after Doc signed with the Yankees in the winter of 1995. Gooden never forgot how sweet Vera was. She just met the famed Dr. K but she would instantly treat him like a family member. She would show instant concern over Dwight’s health situation. That is how she termed his drug problem at that time because she didn’t want to embarrass the good Doctor.

Her son, Roberto Jr., had been a Yanks radio announcer on the Spanish side so she was very familiar with the legend of George Steinbrenner and not in the least surprised at the fact that the Boss would take a chance on Gooden. I remember after our goodbyes that day that Gooden would turn to me and say, meeting Mrs. Clemente must be how it would feel to meet Mrs. Martin Luther King.

This week we lost Mrs. Clemente. I can only say that baseball and Puerto Rico could not of had a better ambassador. 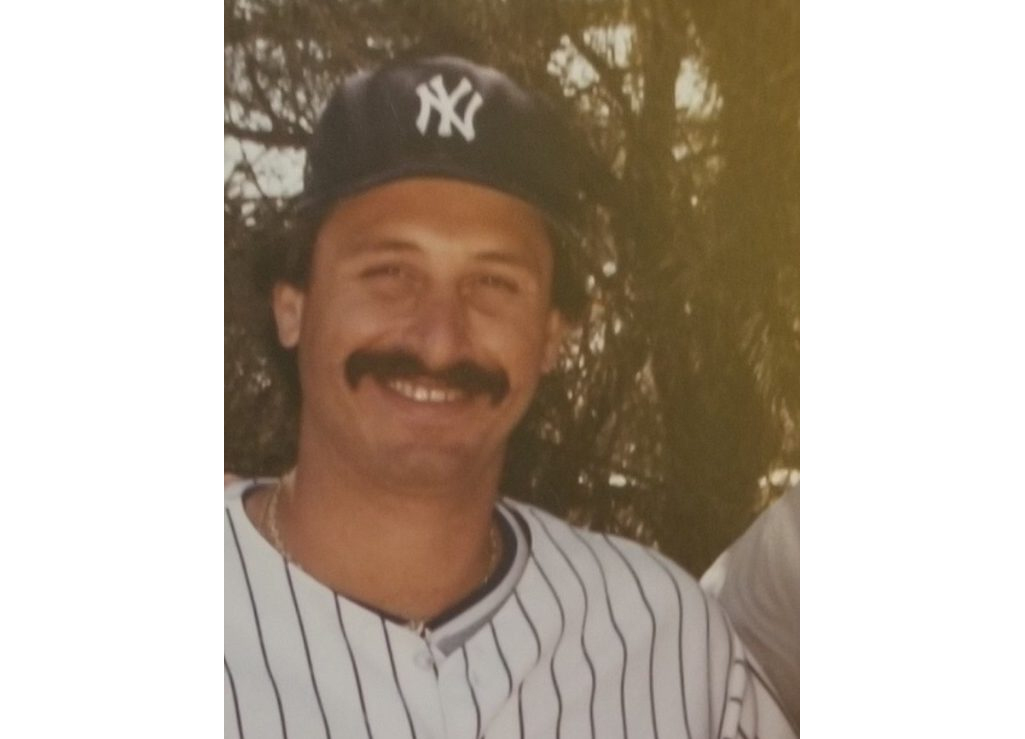 In 1978, the biggest motion picture in the world was “Saturday Night Fever.” It was a film about the Disco era. John Travolta was the star and his dance moves had all males and females fat and skinny believe that they could really dance.
That same year New York Yankees owner George M. Steinbrenner would get very upset in his owner suite when it was reported to him that Mickey Klutts, one of his utility players broke his thumb warm-ing up a pitcher in the bullpen.
At that moment The Boss decided that he would have a full time bullpen catcher. I was initially asked if I wanted to give it a shot. I had recently been released by the Pirates, so it’s not like I didn’t have some professional experience. So I thought that it would really be cool if I could do it.
So I went to the bullpen with Bullpen Coach Elston Howard and they had right handed reliever Dick Tidrow throw to me. Tidrow threw a few fast balls, a few change ups and then he threw a slider that missed my glove completely and hit me on the ankle. Next thing I knew I was getting an X-ray in the hospital. My dream of being a bullpen catcher was over.
Now the Yankees “Disco era” would begin. That’s when “Disco” Dom Scala came on board. Dom was a catcher that had been released by the Oakland As. He was a true Brooklyn boy who reminded many of the players on the team of Tony Manero, the main character in Saturday Night Fever. He even talked like him. When the music would go on in the clubhouse, Dom’s steps were just like Travolta’s. Paul Blair the legendary gold glove outfielder actually gave Scala the nick name “Disco.”
On any Saturday morning, when the popular TV show, “Soul Train,” was on you could usually find Disco in the player’s lounge dancing with Mickey Rivers , who was probably the best dancer on the team and our chubby catcher Thurman Munson, who was not a bad dancer in his own right. Disco was the 26th man on our team, who never really got the credit for helping to keep that very rowdy bunch cool and relaxed in that crazy clubhouse. Any time I see that crazy movie “Animal House” starring John Belushi, I think of that wild Yankee team.
Dom Scala would go on to do some great things in baseball including scouting for the Pittsburgh Pi-rates and then he would become one of New York’s all-time great college coaches at Adelphi

Dom has been a very positive influence to so many college students who have gone on to great careers. Naturally many of his players did go on to professional baseball careers. Dom has been one of the most caring and giving people that I have ever known in baseball. As most of us know that is generally not the case in pro sports.

This week Scala is having his annual banquet that helps his baseball program at Adelphi. It is amazing at the guest speakers that come out every year. Former players like Bucky Dent and Willie Randolph and Chris Chambliss. Last year he even had Hall of Fame manager Jim Leyland. When I ask these individu-als why they do it they say, ‘After what he has given this great game how can you say no.’

Another person that didn’t say no is Future Hall of Famer, Yankee General Manager Brian Cashman. Brian has always been an extremely philanthropic soul, who has helped so many charities throughout the years, so this is not surprising at all.

In closing it’s nice to see that “Disco” Dom Scala has never changed. He says that the recent birth of his grandson, Jackson Leo Chess, and the birth of his daughter, Shana, are his proudest moments. The marriage to his best friend Yolanda ranks right there and getting his 1978 World Championship ring for being a member of those fabled Yankee teams is truly intertwined.

The Adelphi banquet will be held at the Chateau Briand in Westbury Long Island this Wednesday,
November 20th.