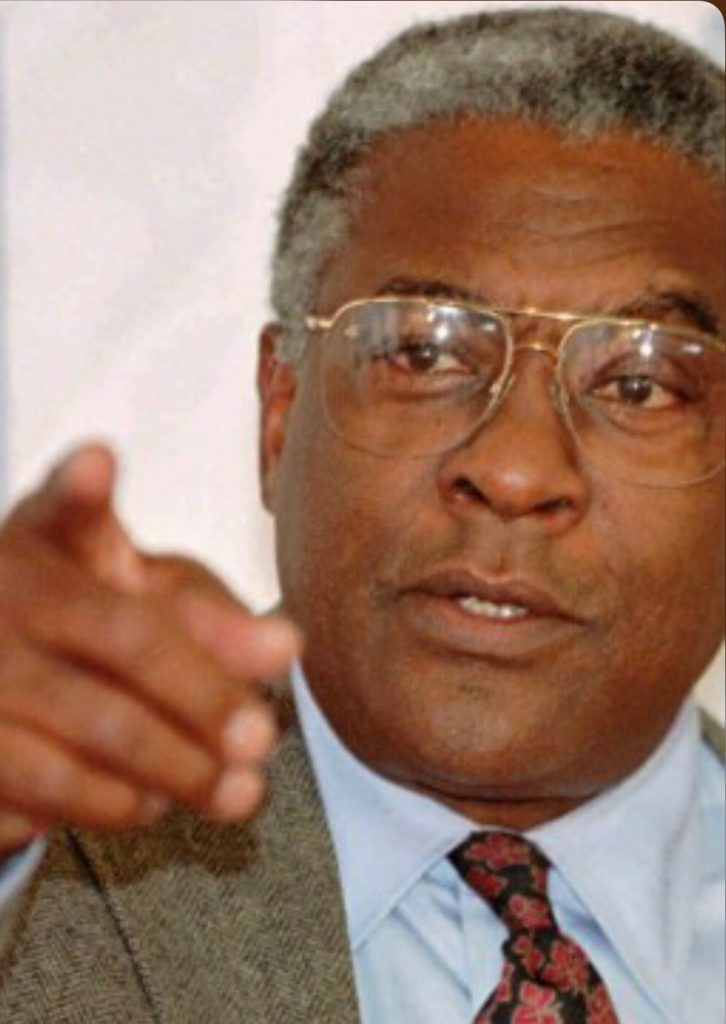 Bill White, A Man Who Earned Our Respect

During black history month, I want to acknowledge all star first baseman Bill While.

During the 1960s he was one of the best players in the game. Terrific hitter with power who also won 4 gold gloves for an excellent St. Louis Cardinals team. It didn’t hurt that some of his teammates were Bob Gibson, Lou Brock, and the best centerfielder in the National League, Curt Flood. Flood, who was the man who revolutionized baseball by challenging the reserve clause to give players the legal right to choose their employers, was also Bill’s teammate on those great Cardinal teams.

After his playing days Bill would become the first African-American broadcaster for the New York Yankees. He, along with Frank Messer and the legendary Phil Rizzuto, would become part of the best announcing team the Yankees ever had.

From there Bill was well respected by so many in baseball that the heads of baseball, including George Steinbrenner pushed for Bill to become National League President. I will never forget Mr. Steinbrenner talking to the Commissioner Peter Ueberroth, at that time, telling him why he thought Bill was the right man for the job.

The thing I loved about Bill was that he “told it like it is.” He feared nothing or no one. I also loved that he treated everyone the same. The friendship between him and Phil Rizzuto was beautiful. Their back and forth banter on the air was beautiful. During Rizzuto’s last days of life, it was heartwarming the way Bill White would sit and watch over his broadcast partner at the nursing home.

I will always be proud of the fact that in 1974 I was throwing batting practice to some of the Yankees. Dick Howser our third base coach and the person responsible for the running of batting practice, told me to throw a few to Bill. I tried to throw a fastball in on him and he extended his hands and hit a line drive into the bullpen.

As a teenager with the Yankees Bill always pushed for me and always gave me advice on life and the do’s and don’ts.

As a batboy, when it was my turn to work the right field foul line retrieving foul balls and I would make a good play, Bill would actually have the television crew replay it. It was great when, after the game, all my friends would tell me that they saw me make a nice play. That was because of Bill White and the kind of person that he was.

I will never forget that after I got released by the Pittsburgh Pirates and came back to the Yankees, Bill saw me picking up dirty underwear in the locker room. He called me over and said that I should go back to school and concentrate on being a doctor or a lawyer. He said that baseball has a way of breaking people’s hearts and he didn’t want to see the game do that to me. Naturally I didn’t listen but I always knew Bill was right.

Yesterday I spent quite a while on the phone with Bill. He is 87 years old now and still one of the smartest men that I have ever known in this great game known as baseball. He still says it like it is. He has no regrets. He asked me how many years do you have in the game and I said 47. He said that he can’t believe how the years have passed. I can only say that I am lucky because I have been able to thank Bill White for his friendship and guidance throughout the years.

Other than George Steinbrenner, I don’t know that I have ever known a person that I respected more than Bill White.