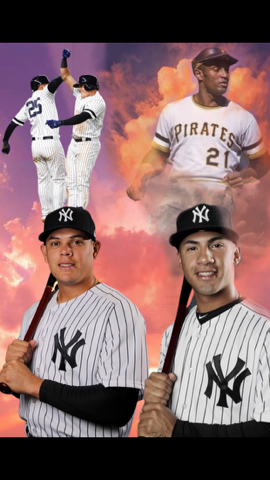 The last couple of seasons have been great for the Yankees and the Bronx and New York in general. The reason for that is, when you’re the New York Yankees, it is important to do great things on the field but you also have an obligation to the people of this great city off the field as well.

The people, especially the youth of the city have become accustomed to have the players give a helping hand in any way possible. This has been going on since the days of Babe Ruth. In my research I don’t believe that there has ever been a player that did more for kids in New York than Babe Ruth. It was a true passion for the “Bambino.” He was raised in an orphanage with kids who essentially had nothing or no one. The Babe made a promise to himself and to God that if he ever made it in life he would always look out for the less privileged. I honestly believe that this is where Yankee benevolence was born. I also believe that when George Steinbrenner purchased the Yanks in 1973, the Yankees benevolent spirit was reborn in New York.

A couple of hundred miles away in Pittsburgh, there was a great, Black, Puerto Rican player with the Pirates who was doing great things on the field and off the field. He was doing so many wonderful things for his people that he became the most beloved person in that town. The great Roberto Clemente never felt that he had done enough when it came to helping people. That’s probably the reason that he perished in a tragic airplane crash.

There had been a major earthquake in Nicaragua, so Clemente commandeered an airplane and loaded it with food and supplies. Unfortunately, instead of just sending the plane, he felt that had to go along to make sure that everything went smoothly. Unfortunately you know what happened.

Wednesday, Major League Baseball presents the “Roberto Clemente Award” for doing great things off the field. One player from each team is nominated and the winner is announced during the World Series. The Yankees candidate is Giancarlo Stanton. Nice guy and I know he has done his share. I sincerely congratulate him and hope he wins the big award at the World Series. With that said I personally have to congratulate Gio Urshela and Gleyber Torres for all the wonderful things that these two Yankees have done since getting to New York and putting on the Pinstripes.

When the announcement for the Clemente Award was going to be made I really expected it to be either Gio or Gleyber and would’ve been happy either way. To say that I was disappointed would be an understatement because they left their blood, sweat and tears at the schools and hospitals and parks that I took them to visit.

Last year when the great P.R. Director for the Thurman Munson foundation, John Cirillo, called me about who I thought should win the award, I said ‘Gio or Gleyber.’ I said that I couldn’t pick either one because they both had done so much. Well, they went with Gleyber. Either way I was more proud of these two kids than I had been with any Yankees in my 47 years around the Bronx Bombers.

I’m hoping that this coming year Gio will get The Munson Award because he wholeheartedly deserves it. I honestly believe that when these players get a chance to help people especially the kids, they take that positive energy on the field. George Steinbrenner really believed that. When we would get to playoff time he would say ‘Ok it’s time to really concentrate on winning so save the off the field stuff till after the World Series.’

I’m so grateful to Team President Randy Levine for always understanding the importance of what these players do off the field and like George Steinbrenner, always having a love for the people of the community. Of course we all know what the Steinbrenner family means to all us Bronx people. Brian Smith and the Yankee foundation… invaluable! Gleyber congratulations on winning the Thurman Munson Award and Gio Urshela… Nobody Does It Better.