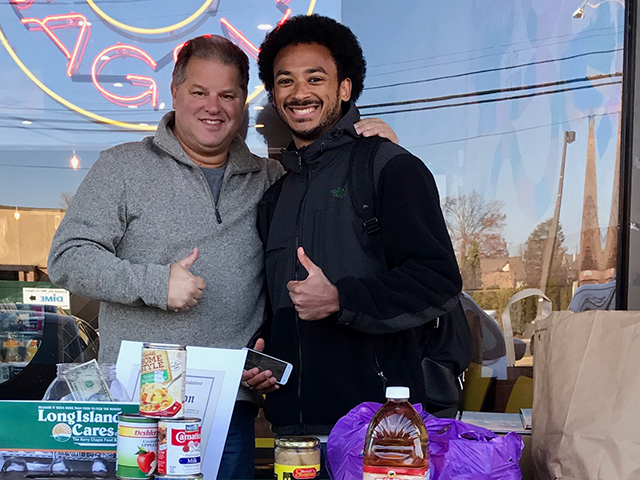 Christmas for me has become a very difficult time of year. The reason for this is because the person that loved this holiday so much in my life was my sweet mom, Jenny. She used to fuss around the house making sure that she had a gift for anyone that might show up during the holidays. She would have her concentrated gifts and she would have her generic gifts. Either way, they were both generally nice gifts and it made her feel good because as a kid she knew what it was like not to have, especially at Christmas. As a kid, my mom made sure that we always had a nice holiday and whether or not we could afford it, she always came really close to getting us what we wanted and always gave the credit to Santa Claus.

This is the second Christmas without my mom and I miss her more than words can say. As a four year old, my biological father left us and my mom would always say, “It’s you and me against the world.” Years later a lady by the name of Helen Reddy would sing a song with the same title and I swore that my mom had collaborated with the famous singer on the song.

A little over a year ago, I was speaking at Suffolk Community College addressing a bunch of at risk kids. Their counselor was s psychologist by the name of Steve Vaccaro. We became close friends because of his love of young people and his understanding of his father not being home and how important that is to a child. We also had a very strong bond with our love of Thurman Munson and the New York Yankees. During the last eighteen months I can’t tell you how many Munson stories I have told Steve, and he can’t get enough. I think one of the happiest days of his life was when I told him that Munson was truly an amazing person. He was just happy to know that had he met his hero he would not have been disappointed. The other thing that really made Steve feel closer to Munson was the fact that like us, Thurman’s dad also was not around. Unless you experience it you don’t know what that feeling is like. Sometimes as a youngster you think to yourself, what role had I played in his leaving. Young people go through a lot of pain because of this. I was lucky because during my most difficult time as a youngster, a group of guys called the Yankees came into my life and made me somebody.  Most people aren’t as lucky as I was.

When Steve’s dad left they had to put Steve and his brother in foster homes and shelters because his mom was very sick. It’s a very sad story but like me, at least Steve had his mother. The one big difference between our situations was that my mom was extremely strong and healthy. Like me, Steve loved his mom more than life. Whenever his mom was feeling better they would let Steve and his brother stay with his mom and when she would get sick again, they would be put back into foster care. Through it all, I find it amazing that Steve and his brother were good students, got their educations.  Steve became a Phycologist and his brother became a police officer. Steve just didn’t want to let his mother down. It was almost as if whatever strength she had left in her body she willed it to her two sons. Steve’s mom suffered from Multiple Sclerosis’s, however through her pain and suffering she always showed her kids the importance of love to one and all. That’s why if you know Steve then you would understand the extremely decent and good person that this guy is.

During the holidays, there are many food drives all around New York. I know that there are a lot of poor people in the tri-state area but I never knew just how many. My friends and I attend many of these programs and we also have my kids from the Hank’s Yanks baseball program collect canned goods and donate to the different boroughs. This year, Steve asked me to go with him to Yankee Stadium because at Christmas the Yankees have the biggest food drive in the city. Naturally I said, “Let’s do it.” We loaded my vehicle with over five hundred pounds of food and took off for the Stadium. As we were crossing the Triboro Bridge, a tractor trailer had overturned and we were stuck in traffic on the bridge and not moving. Steve started to get nervous because we had been on the bridge for over an hour with no hope of movement in sight. I told Steve not to worry that we would just take the food to Long Island Harvest, which is another pantry we deal with. Steve said that it had to be the Yankees. It was then that he explained how through all his suffering as a kid, the Bronx Bombers kept him going and how the spirit of Thurman Munson always made him feel like he had to always do the right thing. At that moment, he asked me if I could call someone so that when they cleared the bridge we could get it to the Yankees at the Stadium. At that moment I thought of one of the heads of security at Yankee Stadium named Gomez and even though he has such a demanding job, he always has the heart and makes the time to help people so I knew that he would help us. We are in short demand of people like this.

I was able to get Gomez on the phone, and I explained the situation.  When he called me back he explained that the food drive was over but to get the food to the Stadium and they would take care of it. Steve was so happy that he almost cried. This is not an exaggeration, it was as if it had to be done at all costs. When we got to the stadium, security was waiting and helped us unload the car. Before we left, Steve asked if we could take a picture by the Statue of George Steinbrenner.  When I took Steve’s picture next to the Boss, the big smile on Steve’s face told me that his Christmas chores were complete.

What the world needs now is more people like Steve Vaccaro and the Yankees, who are always there to help people in need.   I also need to thank Steve for making me understand why I continue to love the Yankees so much.

MERRY CHRISTMAS TO ALL AND TO ALL A GOOD NIGHT!