Work in Baseball Film Very Personal to Me 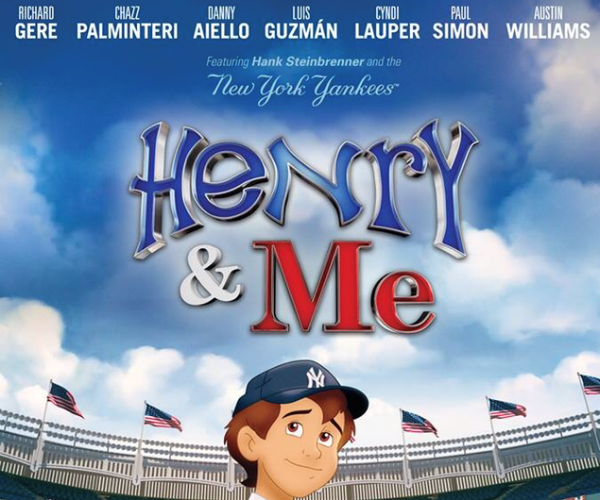 Having met members of the Ruth family throughout the years, I was able to truly appreciate some of the Babes intimate family moments.

It also made me understand why he loved kids so much. His feelings about them was a wonderful reminder of how great the big George (Steinbrenner) of my era was.

Approximately 10 years ago, I agreed to participate in an animated film entitled “Henry & Me,” a story about a young boy battling cancer who is taken on a magical adventure by a stranger named Henry. During their journey, the boy meets New York Yankee legends, both past and present, who give him lessons about baseball — and life.

I actually received a signing bonus and at the press conference I signed the back of the check and handed it over to Daniel Quintero, from the Kips Bay Boys and Girls Club.

I also agreed that if the film made money, the proceeds would also go to the club and a couple of hospitals that I’m involved with.

Some of my great friends from the sports and entertainment world joined me in making the film including Richard Gere and Chazz Palminteri. They came into the studio to loan their voices for their characters. Danny Aiello, who appeared in “The Godfather” among other great films, blows it away as the doctor who cares for the young cancer patient.

In my heart I know that Danny’s greatness in the film is because of what he lived through in real life with his own son, who he lost to cancer several years before performing in “Henry & Me.”

I was very proud that the producers of the film thought enough of my children’s book series that they wanted to do an animated film based on those books.

To see George Steinbrenner in this film as an animated character really made me happy, because his young family members would be able see a little bit of what their grandfather and great grandfather was all about by watching the film.

To hear the Boss’s oldest son, Hank, play the role of his father so professionally was very inspiring. After five years of hard work on this project and some very wonderful reviews I felt a wonderful sense of achievement for everyone involved. After the film premiered at the Ziegfeld Theatre (with all the pomp and circumstance” I thought we had a “Disney type” of movie that would stand the test of time.

Because this was one of the very few baseball films ever done and the first with actual Yankees lending their voices, I thought, at the time, how could we go wrong?

Even though my role in the film was strictly in the creative end, it broke my heart that the film did not do well commercially. It hurt even more that I was not able to give another check to my friends, the kids at the Kips Bay Boys & Girls Club.

My friend, David Jurist, from Hackensack Medical Center, deals with the pediatric cancer program at the hospital and whom I support by putting together visits for the children with my many celebrity friends, kept telling me not to count on the film because motion pictures are always a “crap shoot,” no matter how good they are.

When I was reading Jane Leavy’s book on Babe Ruth, “Big Fella,” I couldn’t help but think about how beautiful this film is and how something should be done to bring it back to life again.

If for no other reason than to have kids and their parents sit down together and watch something good and something real.

I know that some of you remember me writing a “Henry & Me” story last year during opening day and I guess this is my annual plea to bring this film to prominence, where it belongs.

To purchase your copy of “Henry & Me” today please visit here.

Ray Negron is a sports executive with over 40 years of experience in baseball. His first job came from a chance encounter with George Steinbrenner as a youth. He has become an American film producer, a best-selling author, and a philanthropist. His memoir is entitled, “Yankee Miracles: Life with the Boss and the Bronx Bombers.” 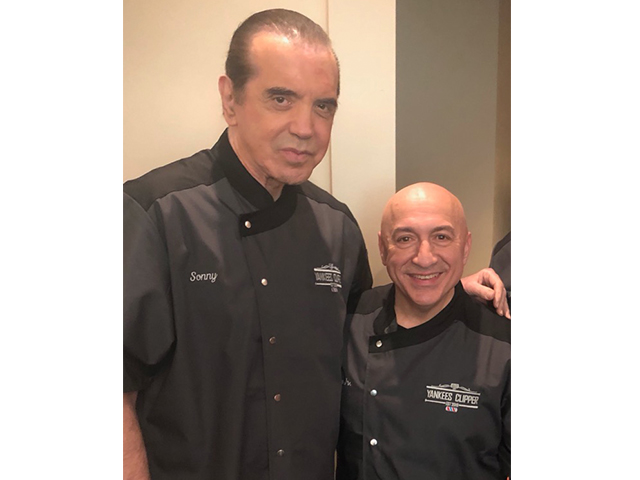 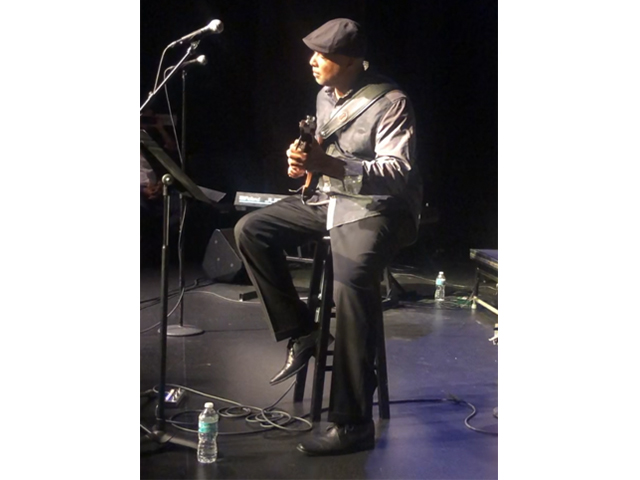 Last night I got to go to the Murray Theatre at Ruth Eckerd Hall in Clearwater, Florida. The main attraction was former Yankees’ superstar Bernie Williams.

Every seat was filled with baseball fans and music lovers. Among those in the audience were some of his former teammates like David Cone, David Wells and Tino Martinez. Also on hand were Yankee icons Willie Randolph and Mr. October himself, Reggie Jackson. When Bernie walked on stage, the feeling was like being at the first game of a World Series. It was as if Bernie went up to the batter’s box with his bat, then turned to the umpire and called time. He asked for the batboy, handed him his bat and the batboy then handed Bernie his guitar. At that moment Bernie proceeded to hit it out of the park.

I have seen Bernie perform before but there just was something very magical about last night. After the show I asked Bernie if there was a difference in the emotional preparation for this show as compared to that of a World Series game and Bernie said that it was pretty much the same. He also said that just like baseball, he practices with the guitar every day.

The elegant living room setting of the Murray Theatre made it that much more magical. It made the audience feel like they were a part of the band. With that type of setting, Bernie made you feel like he was performing just for you.

The true home run in the show was when Bernie was brought back for a curtain call and he performed “Take Me Out To The Ball Game” like I have never heard it before. It literally brought the capacity crowd to its feet.

Reggie Jackson is a man that I have big time respect for.  He is also a person that knows his music. He is also the most brutally honest person that I know. With that being said I went over to him and asked him for his review of Bernie. Mr October had one word. GREAT!!! 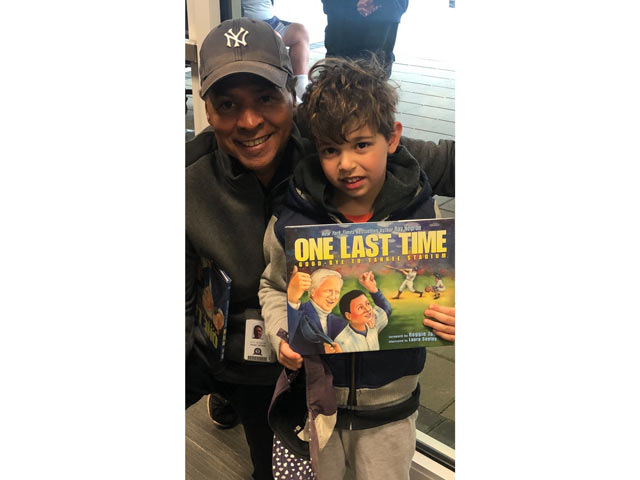