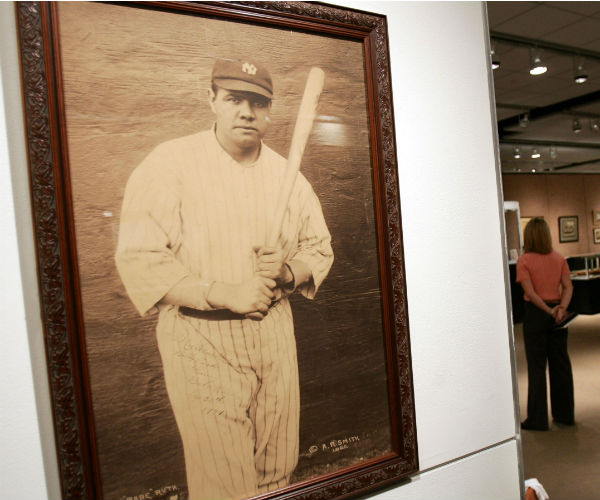 “Having Yankees players visit the school is like an ‘injection of love and inspiration’ for our children and school community. Players like Gleyber Torres and Gio Urshela have uplifted our communities and even for a moment in time our children feel that they belong and are appreciated by the world. Sadly, if it were not for the Yankees player visits, our community often feels abandoned, and this is why I encourage more people to get involved in our community. The players visiting our school is not just a photo opportunity, we must leverage these visits to inspire our youth and bring light to the darkness around us. I pray for the day that I could wake up in a world that is equitable for all children.”

Babe Ruth was the greatest baseball player of all time but not just for the reasons that you think. Yes he hit giant homeruns and he helped the Yankees win championships.

You can also say the same thing for Lou Gehrig, who was (and still is) a true legend, Joe Dimaggio, Thurman Munson, Reggie, Bobby Murcer, Derek Jeter, and Robinson Cano. All are star players.

Yet, when it came to the kids, especially the less privileged ones, they had the biggest hearts in the world.

I’ve worked for the New York Yankees for the better part of six decades.

I’ve always had “go to guys” lined up; those who would help me out by going to schools, hospitals, and youth centers; going to those places to encourage and support — kids.

Alex Rodriguez was truly incredible during the 10 years he played for the Yankees.

Alex did things that would shock you, but did them in a very positive way.

He spiritually and financially helped me to keep a little league program alive.

Hundreds of kids in the Bronx would not have been able to play baseball during all of those summers. The reason this is so important to and for me is because as a young kid George Steinbrenner literally saved my life.

I always used to ask him how I could pay him back. He used to smile at me saying, “Just help to take care of your community.”

That help was a big deal for the Boss.

When Mr. Steinbrenner paid an initial visit to P. S. 55 years ago the impact he had remains alive in that place to this day. A letter from the Boss still hangs in the hallway for all to see.

When I take players there, the first stop is always to see that letter.

I promised Mr. Steinbrenner that I would always do the right thing in his honor.

Many of my family members I grew up with are no longer here.

Had they had a mentor or friend like George Steinbrenner, I would bet that half of them would still be alive today. In the last couple of years I have had Gleyber Torres, who actually won the Thurman Munson award for community service, and Gio Urshela, who I would be shocked if he didn’t win it next year, help me in countless and tireless ways with so many kids.

When John Cirillo of the Munson Foundation talked to me last year about who should win that award, I told him that you had to split that award in half because Gleyber and Gio were equally incredible in the way they extended their heart and soul to the community.

I pray and hope that the Yankees realize how wonderful these two guys are and how, in a very quiet and dignified way, they went out of their way to help so many. Even during the coronavirus pandemic Gleyber and Gio have appeared in videos encouraging kids to do the right thing.

I’m very proud of how the Yankees have always been leaders in helping those truly in need.

Last week, I met with Randy Levine and Brian Smith at Yankee Stadium to hear how much has been done — even during this tumultuous time; accomplishments that would make the Boss very happy. Knowing George Steinbrenner, he would have had his sleeves rolled up and would have been with us helping all who need needed help — especially kids.