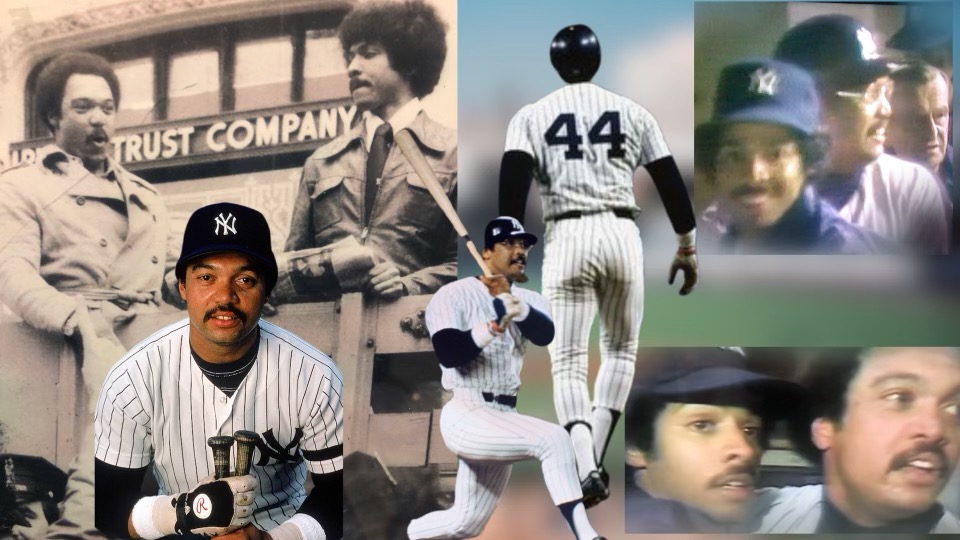 Today, I honor the man that Yankees’ Captain Thurman Munson would give, arguably, the most famous sports nickname to, Mr. October, Reggie Jackson.

Let me just put it this way. During the Steinbrenner era, the most exciting player to put on a Yankee uniform is without a doubt Reggie Jackson.

When the team felt they needed to acquire a star outfielder, everyone told Mr. Steinbrenner to get Joe Rudi. Rudi was an all star outfielder who did everything right. However when the Boss asked his captain Thurman Munson, who he liked, Thurman said I like the “big guy,” meaning Reggie. Munson explained why and that’s all the Boss needed to hear. This is exactly how it happened. You can forget all the other garbage.

Yes, Reggie and Thurman had their issues that bore me because I’m tired of reading about it. The truth of the matter is that, at one point in 1977 they had their own “pow-wow” and worked out all their problems. I know this is the truth because I was there. After that, they quietly became very good friends. They actually did things to help each other out.

Many times when Thurman was flying home to see his family, Reggie would have me park Munson’s car at Reggie’s 5th Ave apartment and never tell Thurman that he was paying for the spot. I will never forget one time we were on the road and the three of us went to a sports bar and there was only one stool at the bar and these two big guys actually shared a stool and a burger.

Reggie actually gave me a job. When we weren’t at the stadium, I would go to his apartment and do odd jobs like gas up his cars, clean up around the apartment and answer his fan mail. If he was doing a commercial, I would be responsible for getting whatever sports equipment needed. Like the Boss and Thurman, Reggie liked to help different charitable causes like the Lou Gehrig ALS foundation or sometimes he would stop off at hospitals and give out baseballs and Reggie bars.

One time, we went to visit a little boy who had been burned over 80 percent of his body and Reggie did everything that he could to help that little boy. After Reggie hit those three homeruns in game six of the 1977 World Series and Thurman Munson proclaimed Reggie as Mr. October, all of a sudden Reggie was the king of New York. He was probably the most famous athlete of that era. So much so, that one morning while jogging through Central Park, John Lennon and his wife Yoko Ono would get excited about running into Reggie.

At that time, Reggie was truly like a big brother to me. He taught me a lot about life in general. He taught me about the importance of cleanliness and neatness. One time I had parked my car in the front of his building and we were going someplace. Reggie saw my car and said let’s jump in your car. When he got in he saw that the car was sloppy. Reggie looked me dead in the eyes and said .. “Ray you got to keep your car clean, it’s important. People will think that you’re dirty.” He was right. He used to like to clean his cars himself. He still does to this day.

One time I got to his apartment early one morning and he was ready to go out. I said where are we going and he said shopping. So we went to this fancy men’s clothing store. The manager knew Reggie, all of a sudden the guy said, “Is this the gentleman we’re talking about?” I turned around to see if there was someone behind me. There wasn’t. They were talking about me. Reggie told him to fix me up with pants and shirts and a couple of jackets. Reggie said you need better clothes when you’re traveling around the country with the Yankees. I thought this was unbelievable.

There were a lot of perks in hanging with Mr. October and being his “aide decamp”….that’s a fancy way of saying his gofer. However Reggie didn’t like for anyone to call me that.

One day when I got to the ball park The Boss wanted to see me in his office. He was with Billy Martin. The Boss said that he heard that I was spending a lot of time with Reggie. I nervously responded by asking do you want me to stop? Billy actually screamed out, “No.” He said that if this was something that was good for Reggie then it would also be good for the team. Mr Steinbrenner said, “I agree!” That was that. I actually walked down to the clubhouse with Billy. You have to understand that Billy was like a father to me. He always looked out for me as did Mr. Steinbrenner. Billy made no qualms to the fact that he wasn’t a fan of Reggie’s but he always told me that you must always treat a person the way they treat you. Billy knew how much I loved him but would always say to me that if I ever did Reggie wrong because of what him and Reggie may be going through that he would not be happy with me because he saw how good Reggie was to me. It actually made it easier in working with Reggie.

It was a glorious time in Yankee history. There were different sides to Reggie. The side that like, Thurman Munson, went to the Stadium every night with the soul and heart of a winner. There was no fear. Even with 50 thousand fans cheering or jeering at him. He taught me how to believe in me.

Could he be difficult at times? Well can’t we all? Most people didn’t really know Reggie. I did and I will always love him just like I loved Billy Thurman and the Boss. The one thing that they had in common was that they had very big hearts.

After game six of the ’77 World Series and everything had finally calmed down, I was by Reggie’s locker helping him pack up. Thurman was leaving and as he passed by Reggie he said, “You sure put on a show tonight Mr. October.” Reggie smiled and that was the birth of the name. Mr. October. That next day I was standing next to Reggie at the Championship parade at the canyon of heroes.