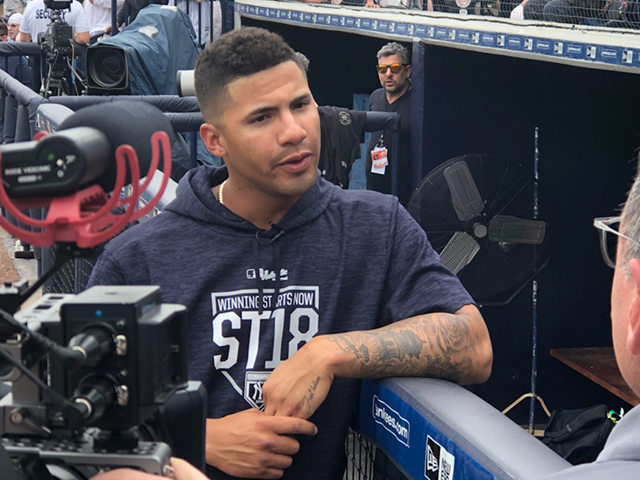 Gleybar Torres: Second to None In 1974, exactly one year after George Steinbrenner purchased the New York Yankees, he made the one trade that would make the team competitive. He already had a great catcher in Thurman Munson and a terrific centerfielder in Bobby Murcer. The Boss had his General Manager, Gabe Paul, work some magic to get second baseman Sandy Alomar from the California Angels. With Alomar the Boss would say, “Now we can make a run at the pennant.”  He was right because we stayed in the race until the next to last day of the season. Two seasons later, the Yankees would get Willie Randolph from the Pirates in one of their all-time great trades. The best thing about this trade was that the Boss decided to keep Sandy Alomar around for the season as a mentor to Randolph. It’s no coincidence that Alomar’s son is the great Roberto Alomar, baseball’s greatest second baseman. Throughout the years, the Yankees have always brought back all of these greats, who have had wonderful careers, to teach the next generation of players. This camp is no different. They have a young player by the name of Gleybar Torres who is a natural shortstop, but because we already have Didi, Torres is more than happy to try to play second base. And the Yankees are very fortunate that the two professors here at spring training are Alfonso Soriano and probably the greatest second baseman in Yankee history, Willie Randolph.  The things that Sandy Alomar taught his son, Roberto, he had taught Willie, who in turn passed it along to Soriano and Cano and is now teaching Torres.

In spending time with Gleybar, he tells me the transition has been easier because of how generous Willie and Alfonso have been with their time. Willie has emphasized the mechanics of going at the ball and the times at which you have to stay back on the ball. Alfonso, who also was a natural shortstop, was taught by Willie Randolph how to play a quality second base. Alfonso smiles sometimes because what he teaches Gleybar are the things that he learned from his mentor, Willie Randolph.

I’m happy to report that Gleybar happens to be a pretty sharp kid, who understands and appreciates what being a Yankee is all about. He knows the history of the Steinbrenner brand and what The Boss represented, and he is proud to wear the Yankee uniform.

Torres recently received a message from Omar Vizquel, Venezuela’s greatest middle infielder and a future hall of famer, which said “I hope you make Venezuela proud because someday you will be one of the great players to have come from Venezuela and I will always be rooting for you.” When told of that message, Gleybar said, “I guess I have no choice but to be one of the best and I’m very proud that someone like Omar Vizquel would acknowledge me this way.”