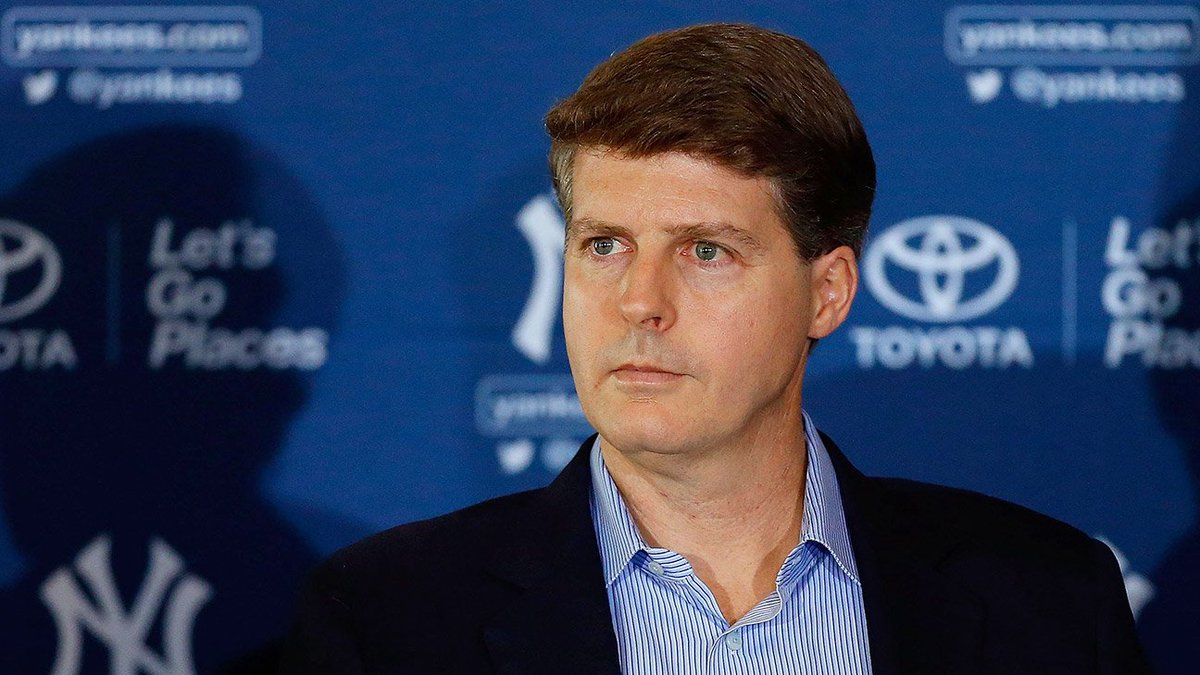 Negron: Hal Steinbrenner And The Yankees Making An Impact In 2017

I got a chance to sit down with Hal Steinbrenner in his Tampa office and I got to appreciate how well the Yankees co-owner really does know his team. Fans have to understand I have known this young man since he was eight years old.

And to see how he has grown up to be one of the leaders of the Steinbrenner family and really truly cares about the direction of this mighty organization makes me feel quite proud.

Steinbrenner was good enough to sit down with NY Sports Day and ESPN Deportes and I hope you fans appreciate – as I do –  the fact he is trying to lead the Yankees back to prominence.

Ray Negron: I am here with the Yankees Co-Chairman Hal Steinbrenner. 2017, how do you feel about it?

Hal Steinbrenner: Every year is exciting. It’s a fresh start. This year, though, it’s different because all of the young talent, all of the young kids we have. Guys like (Greg) Bird, who has already been up here. (Luis) Severino and (Aaron) Judge. But also some other guys. (Gary) Sanchez is also in that group. Other guys like Chance Adams and (James) Kaprielian, who we might see this year. It’s just a lot of youth. It’s been a lot of years since we had since we had such a good nucleus of young talent. So it’s exciting.

RN: Diane Munson was here this weekend with the Yankees ladies fantasy camp asking about Gary Sanchez. What’s your feeling on Gary Sanchez?

HS: Obviously he had a tremendous start to his Major League career. We will see about this year, but he is the real deal. He has the temperament for New York, just a tough catcher, and it’s going to be exciting to see his numbers after a full year.

HS: We’ve grown up with these players. We have been talking bout them the last three, four, and five years. We have high hopes for them and through the years, they have progressed perfectly. In some cases, without a hitch. It’s great to finally see them at this level because we have been following them for so long. It’s exciting.

HS: I think it’s tremendous. We monitor social media and we know what our fans are saying, conventional media as well. Everybody is very excited. They all want to be part of this youth movement. They see great potential as we all do. Everyone is pretty keyed up about this year.

RN: Our fans are pretty bright. They know the Yankee history. They also seen you grow up with the Yankees. Do you feel the aspect that you have a true responsibility to these people?

HS: We always felt we have a responsibility to these people. That’s why we do our best every year. If we have money come off the payroll, for instance, we do our best to put as much of it back into the club as we can. We know what our fans excellence and they expect to win. We try to give them that. We do our very best. That has not changed.

RN: I am going to let you go. Thank you so very much. You have us some good news and I thank you for that.

HS: I hope the year pans out very well and I hope we live up to everyone’s expectations. Thanks Ray.

Weekends belong to Ray on ESPN 1050AM on Impact Saturday and Sunday 12-2pm. You can also read Ray on Newsmax.