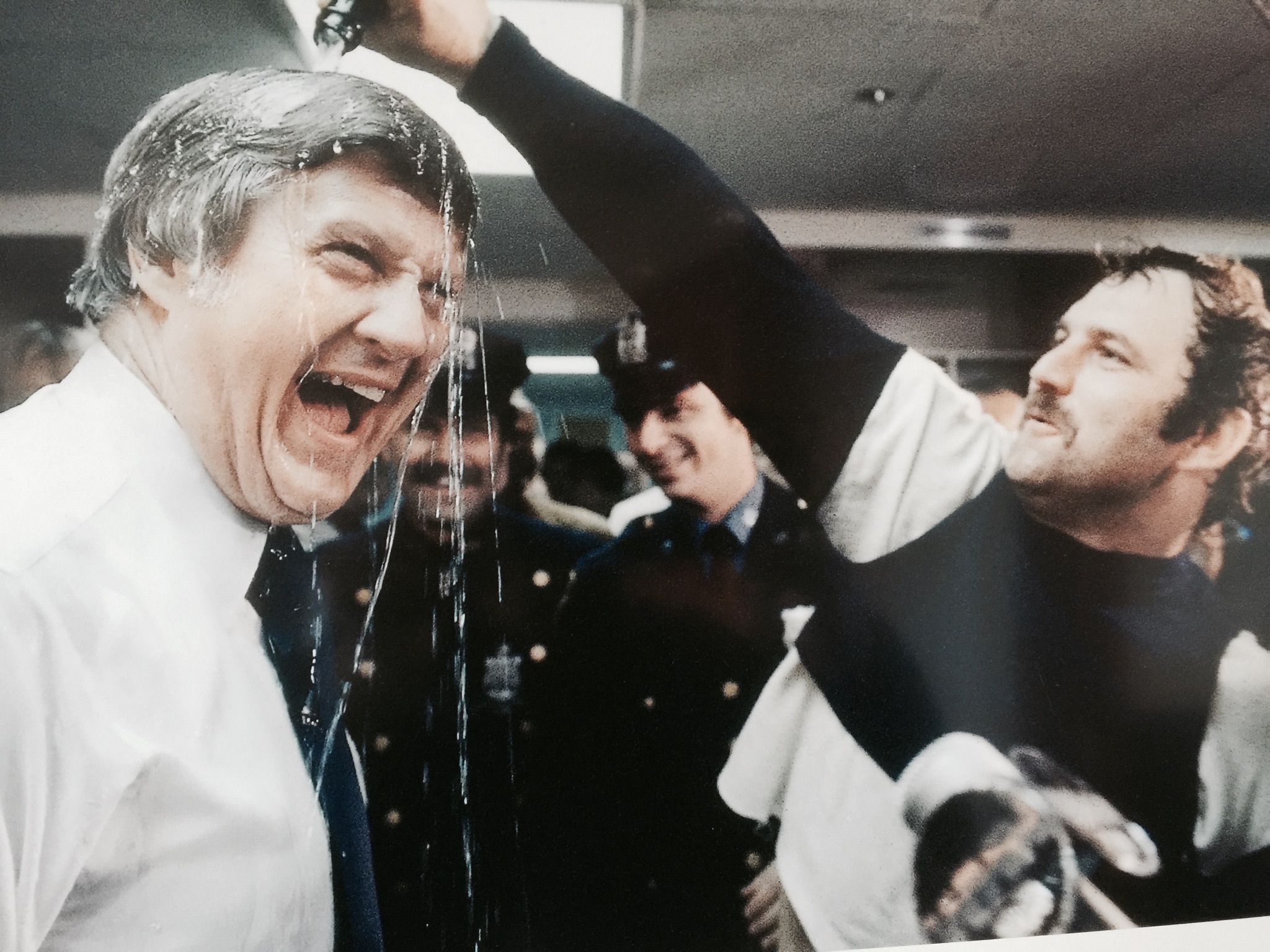 This past week marked the 38th anniversary of the death of our beloved Yankee captain -even though he hated to be called that – and for me, someone whom I considered a big brother.

Thurman Lee Munson was, as we would say in the Bronx and Brooklyn, a very bad dude.

In those days, saying someone was bad was the highest form of flattery for someone from the streets. Thurman was your quintessential don’t judge a book by its cover type of guy because you will only get your ass kicked.

In other words, he was a man’s man. For me, being around Thurman as much – as I was – made me a stronger person today. Thurman along with Reggie, Sweet Lou, Bucky, Mick the Quick, Chicken, Gator, Goose, Catfish, Monahan, Stick, Willie, Chambliss, and of course, Disco Dom. We can’t leave out the Boss and Billy.

These were my big brothers in the great decade of the ’70s.

I must emphasize that our leader by far was Thurman. It’s something that just happened because of who he was. He feared no one and how people respected him was crazy.

I was lucky because I use to drive him to Teterboro airport in New Jersey so that he could get to his private plane to hurry home to his family. Those drives for me were the greatest because he use to talk to me about the team music his family his favorite guys on the team. Why he thought I was crazy and of course he loved talking about the Boss and how he loved driving him crazy but how much he loved him. As much as I loved driving Thurman to the airport, I loved the fact that while the team would be on the road that week, I had a brand new Cadillac to use. When Thurman would get back from the road trip the first thing he would do is check the odometer to see how many miles I put on the car. Sometimes he would come back from the trip with his wife Diane and I would love to listen to them get all over each other. They were so very funny. They were truly the Yankees Barbie and Ken.

I remember driving back from Boston to New Jersey with Thurman and Batboy Hector Pagan. Hector was driving and Thurman was on the passenger seat feeding hector French Fries from McDonald’s. For what ever the reason I asked Thurman why he didn’t name his son (Michael) Thurman. He said he didn’t want to do that to him. We all started to laugh out loud. Then Thurman said but I sure as hell didn’t name him Hector either. (More laughter.)

I was lucky because I literally lived in that Yankee clubhouse and feel so blessed to of known him the way I got to.
I was recently watching an interview about Reggie Jackson with Bob Costas, who asked Reggie if he felt bad that him and Munson weren’t really friends. I could tell that the question really bothered Reggie. All of a sudden he told Costas that there was a person that works with the Yankees to this day that had me and Thurman get together over dinner and talk things out and after that they were the best of friends. Reggie said that person was Ray Negron.

When I heard Reggie talk about about that story it was one of the proudest moments of my life. People don’t have any idea how close Thurman and Reggie had become . Most people don’t know that Thurman gave Reggie the name Mr October.

Lou Piniella and Bobby Murcer were Thurman’s best friends on the team. God they loved each other so much. However I must add that I was so very proud of just how close Thurman and Reggie got to be. Only Diane can truly verify this.

People ask me all the time,was he all that?

Yes he was and much much more.