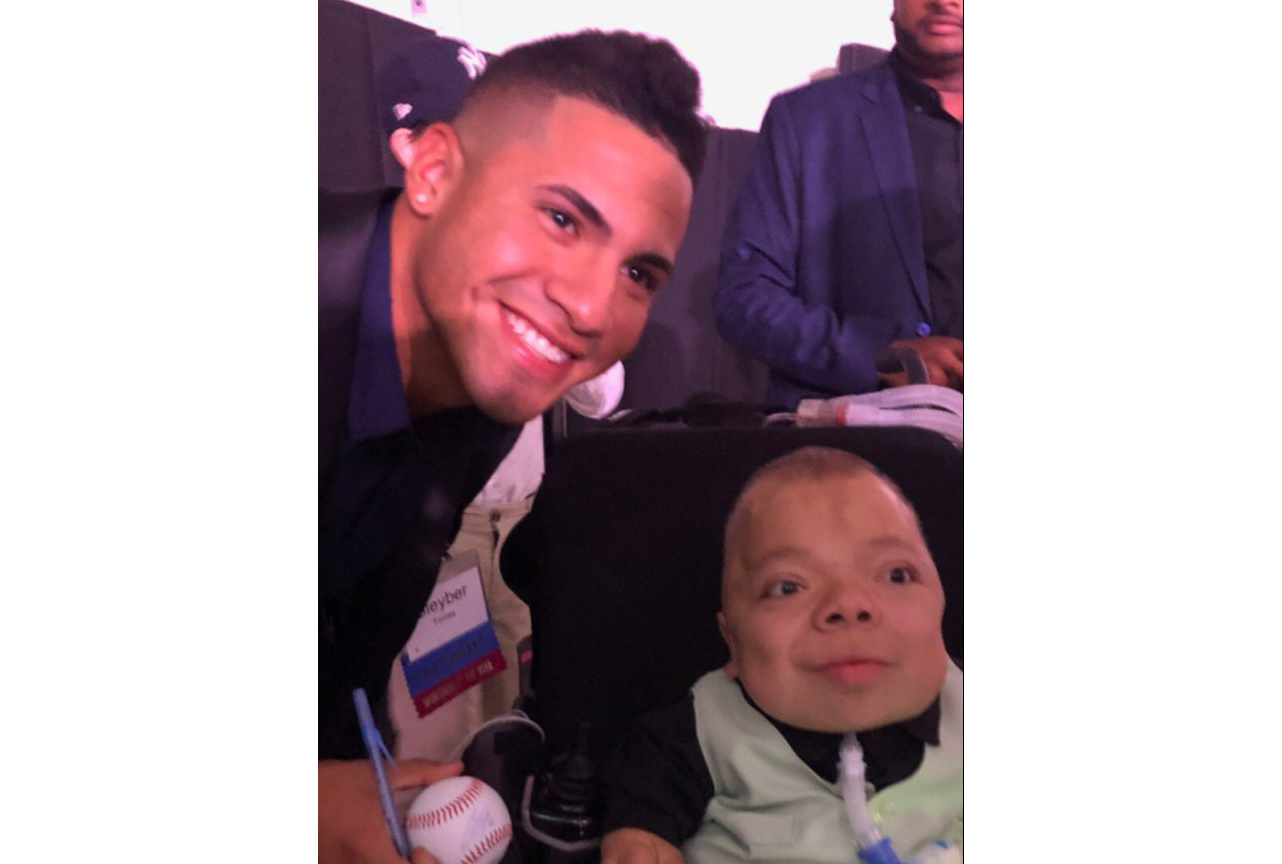 Ever since this whole Corona Virus situation has been going on, I have been explaining, to budding Yankee super star Gleyber Torres, why players like him were better off being home instead of going to some of these front line places like hospitals etc. to give a helping hand. I told him that if some of the front liners knew he was there, that it would take away from the subject at hand, which is taking care of the sick people. A lot of days he sees what is happening through my Instagram post and says that there has to be something That he can do.

Over the last few weeks he has done videos and passed along words of encouragement. This week he went a step further by purchasing food to help feed many families including some mothers and their kids that are unfortunately put into shelters because of abuse situations or just unfortunate economic scenarios. This weekend he even rewarded my volunteers at the food pantry, where we distribute food, with a great pizza meal. The volunteers loved the pizza but the fact that it was a reward from Gleyber meant the world to them. It actually made them want to work harder.

The moms at the shelter were so happy that some would even cry because a New York Yankee actually gave a damn about them during these very tumultuous times, and I’m not just talking about the Corona Virus situation. At the end of the day I just hope that Gleyber understands what he did and the impact that he has had with people and the impact that he can have in this world, both as a New York Yankee and as a good person.

DIAMOND DUST……..
On this Memorial Day I want to thank Former Yankee employee and U.S. Air Force serviceman Ken Fagan for his service to the Yankees because he went beyond the call of duty there. Ken knows what I’m talking about and George Steinbrenner would be proud. I also want to thank him for his service to our country. Ken fought in two wars and flew on many combat missions. The Boss was very proud of that. I know how proud he was to know Ken Fagan.