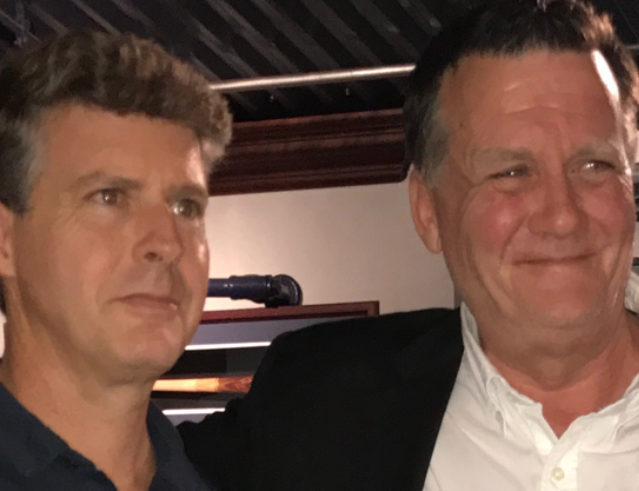 Negron’s Impact: Hal and The Bombers -The Best is Yet to Come

The 2017 baseball season was a very nice surprise for the New York baseball fan considering that we were not expecting a lot from this team and the fact that the Yankees were rebuilding, to say that it was a great year would be fair. Brian Cashman and his baseball people knew that these players were good. The question was when would they be ready to compete with the “big boys.”

Well, to everyone’s surprise they were ready coming out of spring training.

At this point, the whole organization got into motion to do what was right for those players, the fans and all of New York.

As a true baseball fan and also a fan of the Yankees and the Steinbrenner brand I have to tell you that I couldn’t be more proud of Hal Steinbrenner and how he has handled this incredible type of pressure in running a juggernaut brand known as the New York Yankees.

I had the opportunity to watch his dad, George Steinbrenner, run this team for many years. As fun as you think it may be, it’s not always a day at the beach. The stress that goes into running the Bronx Bombers is impossible to explain because of how difficult running a major league team really is.

I must add that today running this organization has to be three times as tough with the global reach of the organization.

It doesn’t hurt to know that the Yankees do have the best general manager in all of baseball in Brian Cashman. Just to watch some of the moves that he has made at crunch time during the trade deadline tells you that. As we would say in the Bronx, “to say that Brian has a set of big ones would be an understatement.” Finally I must add that Jenny and Jessie Steinbrenner are the Pride of the Yankees. Like their dad, they never forget the little people. I’m very proud of the fact that Jenny has spent a lot of time in the Bronx and made the teachers and principals there feel important. My mom, who I lost last year was a teacher in these neighborhoods and always told me how thankless the job could sometimes be but that would make her fight harder because at the end of the day it was always about the kids. This year we saw the Boss’s little girl there more and Jessica, or Jessie as the Boss would call her, will never understand how important her presence is. The enthusiasm on her face as she gave Derek Jeter his award, when he was honored this year, told the whole story.

Many fans were ready to hang Joe Girardi from the stadium facade for possibly making one mistake during the playoffs but you have to admit that the guy and his whole coaching staff really did do a terrific job with this young ball club.  They gave respect and got respect back.  The veteran trainer, Steve Donohue, and his staff did their usual terrific job that they inherited from Donohue’s long time mentor, Gene Monahan.  You can’t forget Matt Krause and what he does with the guys from the standpoint of strength and conditioning.  He’s as good as they come.

To see team president Randy Levine and COO Lonn Trost always put the importance of the brand first tells me that the Yankees are in great shape for a long time to come.  The death of Gene Michael was devastating to the organization, however the fact that he was one of the greatest baseball minds that the Yankees ever had is one of the reasons why we are where we are. We will miss him but thank God we had him.  I think the Boss would be very proud of what his kids have accomplished for the city of New York. Especially this year because of the fact that the city needed a good shot in the arm. But as Frank Sinatra once said, “The best is yet to come.”