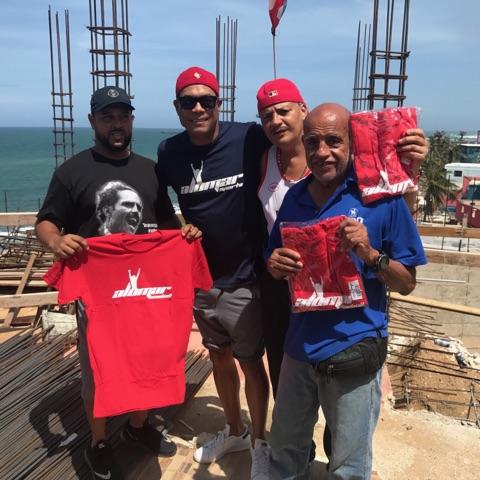 Roberto Alomar is a retired Hall of Fame Baseball player who has made his money and lives a good life as a special adviser to the Toronto Blue Jays. He also advises the Commissioner of Baseball, Rob Manfred on different baseball issues. As a Hall of Famer Robbie travels the globe and tries to make an impact on all sorts of positive issues. That being said, the biggest thing on his mind and in his heart are the different problems in his native Puerto Rico. He has traveled there twice to deliver different products to his family and people there. Because of his political stand there as one of his country’s best known and loved citizens, he is aware of a lot of the positive and negative issues of his homeland and tries to quietly be a positive influence in his effort to help.  I have known Roberto since he was a young boy and he is aware of my acquaintance to Donald Trump and some of his inner circle since the days when Roberto’s father played for the Yankees and Trump was a regular guest of George Steinbrenner. Yesterday, Robbie called me to see if I could reach the President or some of his people to plead for the United States Government to continue to help Puerto Rico with Military help and whatever other help is necessary to bring his beloved land back to its beauty and prosperity.

Roberto makes this plea with true respect to the office of the United States of America. He feels that together we can bring Puerto Rico back to where it belongs -An island of beauty and grace. Roberto and friends in New York recently sent a cargo plane to Puerto Rico full of supplies but he knows that this is just the tip of the ice berg. He knows that if the people in Puerto Rico know that the United States will be there to mentally physically and spiritually be there to support them Puerto Rico will be back.

On behalf of Roberto Alomar and the people of Puerto Rico, I ask you, Mr. President to please continue to be there for these great American people, the Puerto Ricans. Thank you.