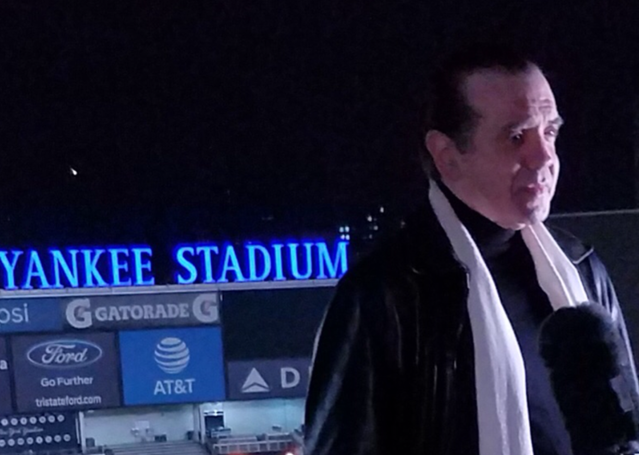 Today I was reading one of the other news publications, The New York Post. There was a story written about Chazz Palminteri and the fact that the mayor of New York would possibly take down the statues of Christopher Columbus.

I recently wrote a story about Chazz and the fact that he had wanted to help the people of Puerto Rico during this period of the hurricane.

To Puerto Rico, Columbus and Roberto Clemente are the country’s biggest heroes.

There are more statues of Columbus in Puerto Rico than any where else on earth.

If anyone said that they wanted to take down the statues of Columbus in Puerto Rico you might get a national war there.

Puerto Rico’s national anthem mentions Christopher Columbus very prominently so kids in their schools are educated about the importance of Columbus at a very early age.

I support Chazz whole heartedly and appreciate him taking a stand.

Again, I must refer to a line out of “A Bronx Tale” when the boy who idolizes Sonny says, “Sonny you were wrong. Somebody does care.”

Thank you Chazz Palminteri for caring.

Weekends belong to Ray on 1050 ESPN Deportes from 12pm to 2pm. Read Ray on Newsmax.