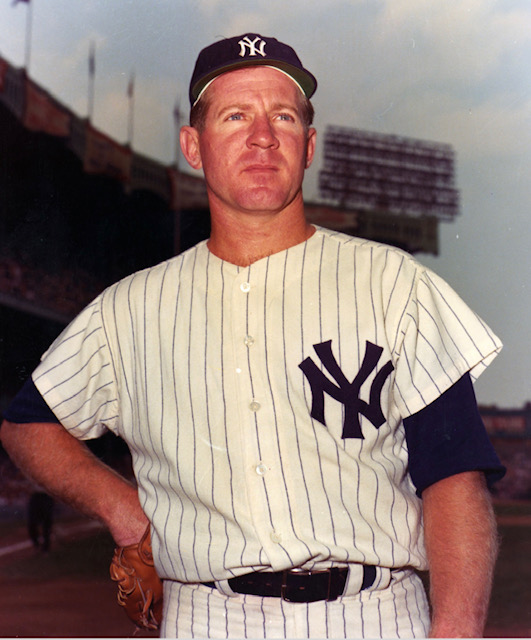 Whitey Ford had his funeral yesterday. It was at St Mary’s Church in Manhasset Long Island not far from Where he lived in Lake Success.

Isn’t it ironic that the name of the town that he lived in would exemplify what he accomplished in life ….Success!

I know all his career statistics, like 236 career victories ,most all time in Yankee history etc, however I will leave all that for the sports writers. Sure those things are a mark of success but if you really know what the Yankee family is all about than you would realize that the way Whitey lived his life is what success is all about.

I knew Whitey for the 47 years that I have been around the World of the Yankees.
I can only say that this man was truly a wonderful guy. A fun guy. A loved guy. A caring and sharing guy.

I remember when I was a batboy I would see Whitey working out with his son Eddie. Eddie was a short stop that had just been drafted by the Red Sox. Whitey saw me standing on the side watching and he screamed out, grab your glove and take some grounders with Eddie. Whitey knew that I had aspirations of playing pro ball so he had me join in the fun. That was the kind of guy that he was. At the funeral Eddie reminded me of this all these years later.
Whitey was also a very funny guy. Just before I started my first movie for Warner Brothers , I was in the Yankee locker room picking up my equipment. Whitey came over and said I want you to give me your autograph. I said for what ? He said life is funny, maybe you will become the next Marlon Brando so I signed a cap for him. Every time I was about to do another film he would say ‘You never know ‘. The last time I saw Whitey was about five years ago I was walking with Doc Gooden and we ran into Whitey. We spoke some pleasantries. Doc and Whitey kidded about both wearing number 16. Whitey had always told Doc that he would of let him use the number 16 when Doc was a Yankee and Doc said that that number was sacred in Yankee lore. Whitey then turned to me and said … Marlon Brando my ass! Doc asked what was that about and I said that’s a private joke between me and Whitey.

Whitey was great at setting up a joke. The first time I met him I think was 1974. I remember that we were playing our home games at Shea Stadium because they were renovating Yankee Stadium. Whitey was our pitching coach that year. I was getting a coke at the soda machine that they had in the clubhouse. Whitey walked over and grabbed a cup , at that moment I would say…Hi Whitey … so he turned to me and said , hey are you prejudice? This shocked me … then I saw all the players laughing. I had been set up for a clubhouse joke. I was being initiated by the prankster loving Mr Ford.

I must add that to see Whitey with Mickey Mantle and Billy Martin really showed me what true friendship was really all about. Like Frank Sinatra, Dean Martin and Sammy Davis jr. Whiteys crew was baseball’s Ray Pack, and Whitey was the Chairman of the board.

The funeral itself was a very nice dignified affair. It was attended by his very close family and friends. Jeff Idelson from the Baseball hall of Fame assisted the family with the funeral and Whiteys long time teammate The great Bobby Richardson delivered a beautiful eulogy with the most important line being that now Whitey gets to enter Gods hall of Fame. I know that Mickey and Billy are at baseball heaven right now saying… hey Slick what took you so long.

Special thanks to Joan and Eddie and the whole family for really making everyone feel so comfortable and being so warm to everyone, especially at this difficult time.