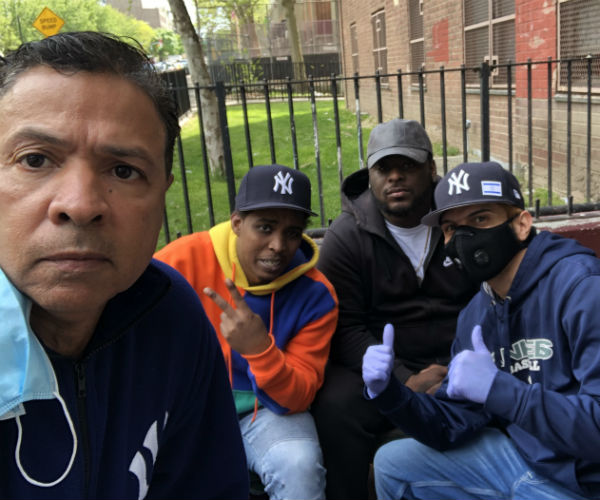 Eight years ago I authored a book, “Yankee Miracles.”

One of the stories naturally discusses the day that George Steinbrenner caught me doing graffiti outside Yankee Stadium and how he gave me a job as a Yankee batboy.

It also talks about how he knew that I wasn’t responsible for all the tagging that was being done on the Stadium that year but he was sure that I knew who was doing it.

The Boss said that he didn’t want me to tell him who they were but that if I wanted to keep the job as a batboy that I would let the people responsible know to back off.

Well I delivered that message and the powers that be in the neighborhood did the right thing for the Yankees — and for me.

It turned ugly in some cities, as anger turned into looting.

I personally felt that it was important that I attend as many of the protests as possible so I could understand what people were really feeling. I also wanted to see how many people sincerely cared about the issues.

I can honestly report that I went to protests in Brooklyn, Manhattan, Long Island, and naturally the Bronx.

The Bronx is personal to me because I was born there and of course the Yankees are there.

The first night things got ugly so I called many of my acquaintances and friends that live there, including former Yankee Batboy Luis Castillo, and we visited the local housing projects including Trinity and Soundview.

We visited with many of the guys from the surrounding neighborhoods, brought food that was donated by Puerto Rico USA and Bagels Chalet. We even shared some pizza pies that were donated by Rosas from Great Neck.

During these “pow-wows” we talked about our love of the Yankees.

I also shared a laugh with them when I said that the fact that many of them wore Yankee caps, I knew that Yankee Stadium would always be protected by them.

One of the guys asked me if the Yankees asked me to come here and I said, “No, I came because Yankee Stadium has always been my cocoon. The Stadium saved my life.”

They all knew my story and just wanted to know if the Boss, as Mr Steinbrenner is still known in these Bronx’s streets, was all that. I replied, “He was all that and more!”

Luis and I left with a good feeling about our visits to the different projects and the fact that many of the people are as big of a Yankee fan as I am.

I’m not saying that my visit with some of these very tough “hombres” was vital in what could have happened at the Stadium, however if some possible crazy things might be going on outside of your house aren’t you going to do everything possible to protect it?

Besides, 47 years ago the Boss asked me to deliver a message so, I guess I’m still delivering that message.

I want to thank all the guys in the Bronx. It was great “breaking bread” with you and I appreciate the respect.

Thanks Squeegee for getting me into some places that I couldn’t have gotten into by myself.