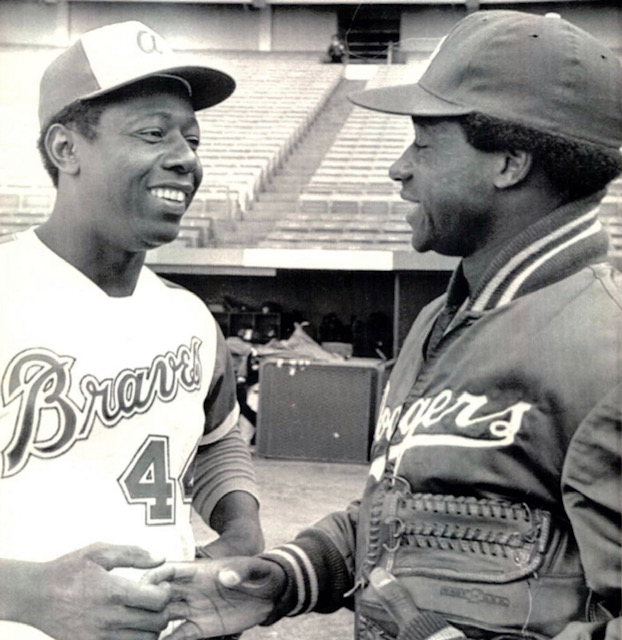 Al Downing and his showdown with Hank Aaron

Al Downing played with and against some of the greatest baseball players of all time.

While with the Yankees in the 60s he played with Mickey Mantle and Yogi Berra and the 1964 most valuable player Elston Howard. In 1969 he played with a chubby catcher who would go on to have a hall of fame type career. His name was Thurman Munson. Downing said that Munson was like no other Yankee that he had played with because even though he was a rookie, you would of thought that he had been there for ten years.

Al would then move on to the National League and play for the Dodgers. Al would go on to all star status after winning 20 games in 1972. In the National League Al played against players the likes of Roberto Clemente, Willie Mays , Willie Stargell and of course Hank Aaron.

In 1974 Aaron was chasing Babe Ruth’s Homerun record. Dodgers manager Walter Alston went up to Downing on a Friday night and told him that he needed him to pitch against the Braves that Monday because as a seasoned pro Al would be able to handle pitching to Aaron during a game of that magnitude rather than one of his younger pitchers.
Al told Alston that it would not be a problem.

It seemed as if the whole world was watching and naturally the Atlanta Fulton County Stadium was packed.
Someone told Al that Hank Aaron had said that he intended on passing Babe Ruth that night with his 715th Homer because he just wanted to get it over with. Al was asked how was he going to go after Aaron and Al said Mano a Mano. I’m going to go after him with my best and knowing Henry, he is going to come after me with his best.

The game started and Downing walked Aaron the first time up. The second time up Downing threw a fastball away for a ball then Al came back with another fastball and Henry Aaron with those incredible wrist of his jumped all over it, sending it to the Braves bullpen in left center field and into the glove of relief pitcher Tom House who when the celebration started would deliver the baseball to the new Homerun king Hank Aaron.

The next day Aaron and Downing got together and talked about the historic night. Al told Aaron that he gave it everything he had. They would tell each other that they were proud of the others accomplishments in the wonderful game of baseball.
This week we lost Henry Louis Hank Aaron and I want to say that the times that I was around this fine gentleman, he showed nothing but class. At the same time I must add that Al Downing has truly been one of the finest gentlemen ever to wear a Yankee uniform or for that matter, any major league uniform.

Thank God for baseball because this great game opened the door for the world to get to know the likes of Babe Ruth Jackie Robinson Roberto Clemente Willie Mays and of course Al Downing and the  incomparable Hank Aaron!