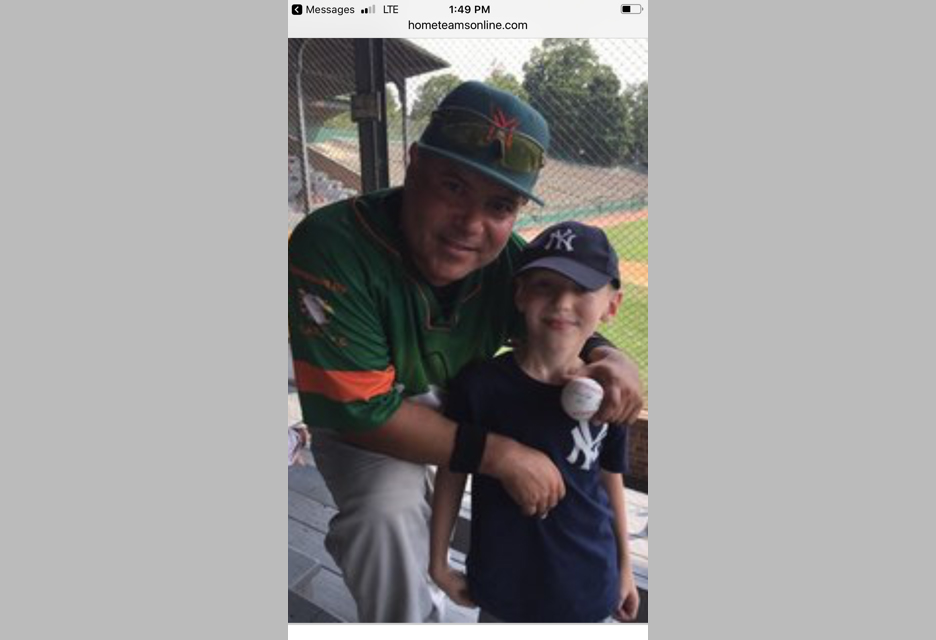 Dan Colon is a 52-year old baseball player from the sandlots of New York and New Jersey. As a kid, he lived in the Bronx and Manhattan. Like most kids of that era, he had the dream of playing in the big leagues. Dan was a very good player, a third baseman, but he fell just short of his dream. Dan went to college, got married, had kids and continued to play baseball. He played for so long and so well in these leagues that he would become a sandlot legend. Always a true gentleman, he was well liked by the players that interacted with him.

Two years ago, he played in a major adult tournament at the Baseball Hall of Fame in Cooperstown, New York. In his final game there, he played so well both offensively and defensively that they were comparing him to Yankee legend Graig Nettles. Play after play, his glove was like a magnet. As fate would have it, Dan even stroked a big double to help win the game. Afterwards, the kids that were there would ask Dan for his autograph. That was truly Dan’s big moment in the sun.

However, fate would not be so kind. Shortly after getting home, Dan started feeling a little strange. His hands were not feeling right. He started having trouble combing his hair. All the little things that we take for granted, Dan was having trouble doing. He started going to doctors for all sorts of exams until he got the horrible news that no one would ever want to hear. Dan has Amyotrophic Lateral Sclorosis or ALS and as it’s come to be known, “Lou Gehrig’s Disease,” a disease that affects one’s motor skills.

When Dan was telling me about what he’s going through, I couldn’t help but think of the movie, “Pride of the Yankees.” I immediately thought of the scene when Gehrig couldn’t put on his tie. I also though about the fact that just like Dan, Gehrig was a wonderful person.

I asked Dan what keeps him going from day to day and he tells me that, naturally, the love and support that his family gives him and then without skipping a beat, he says his ‘love of the Yankees.’ The fact that he can watch all the games and really stay mentally involved with the team helps him so very much.

Just recently, he was watching a great pitching performance by James Paxton. The left hander struck out 12 hitters in 6 innings. It was the second consecutive start that Paxton struck out 12. It was also a game that, even though it’s early in the season, the Yankees needed a start like that out of Paxton in order to preserve the pitching staff.

The thing that really impressed Dan about the Yankee pitcher was when Yankee Mgr. Aaron Boone came to take him out of the game, Paxton tipped his cap and waved to the fans. Dan asked me when was the last time that you saw that? I told him that it was Jim “Catfish” Hunter. I told Dan that “Catfish” was one of the classiest players that I had ever met in baseball. Just a wonderful man. I told Dan that “Catfish” was the same type person as Dan is. What is ironic is that at just about the same age that “Catfish” would get ALS, Dan was also afflicted with the dreaded disease.

Dan asked me what kind of person James Paxton is. I told him we have had limited conversations but it has always been about reaching out to help kids and charities. Dave Valle, the former catcher and MLB broadcaster, has told me what a terrific young man Paxton is. So Dan responded by saying that he roots for all the Yankees but will root a little harder for James Paxton, just so that he can see that little tip of the cap and also think of “Catfish” Hunter.

Dan asked me if “Catfish” was a fighter? I told Dan that “Catfish” was just like you. With that, Dan said, then he fought ’til the end.

If you would like to help Dan with his fight: